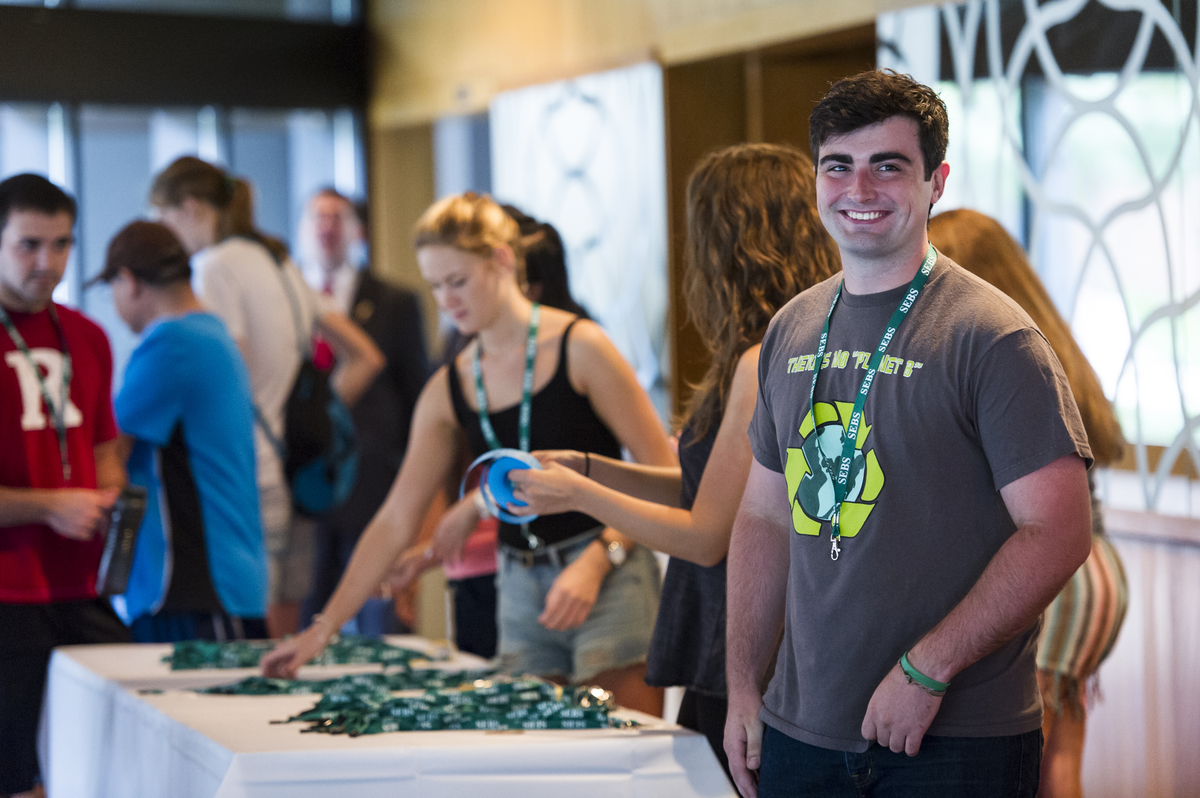 Peter Canavan, president of the SEBS Governing Council, was on hand to greet new students before addressing the crowd during the induction ceremony. Photo: Matt Rainey