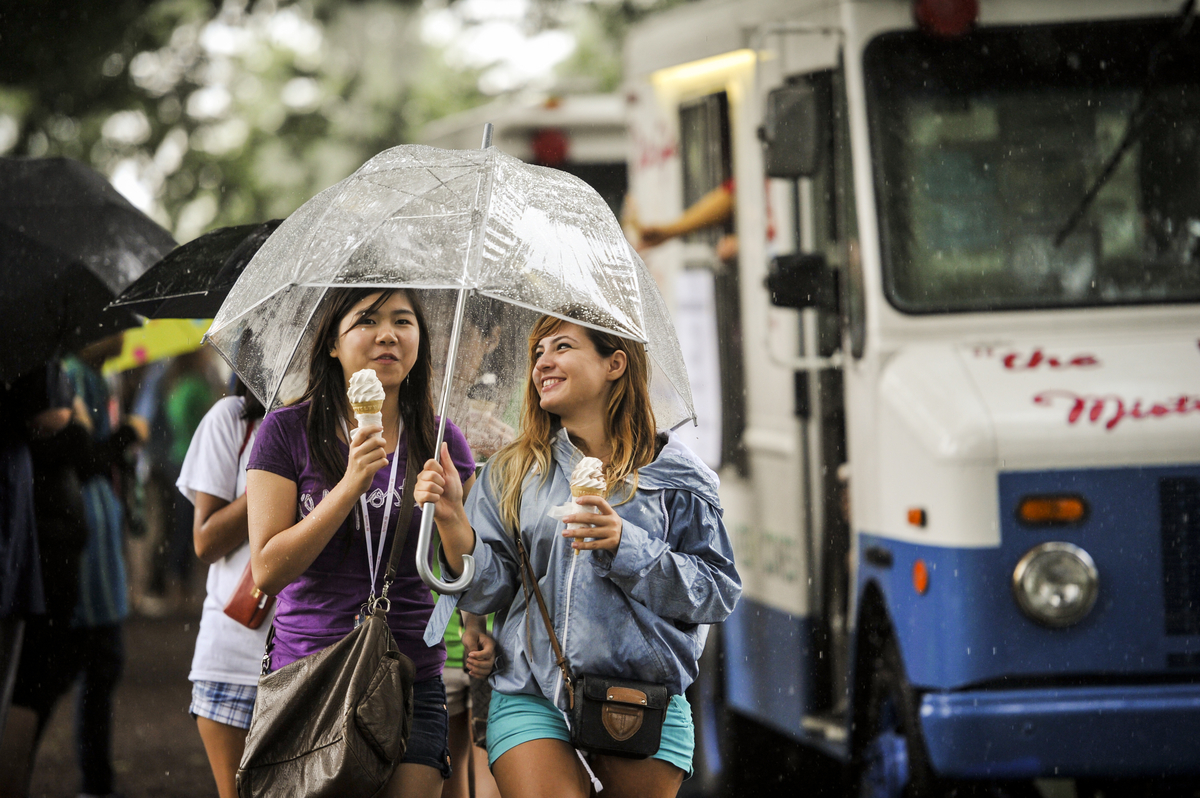 A sweet ending at the ice cream social allowed new students to meet their peers and share an umbrella. Photo: Matt Rainey