Thanks to a Rutgers professor, one of our healthiest foods has gotten healthier and the product is hitting grocery store shelves on Saturday. “[It’s]The first time I think something really good happened to lettuce, because it’s the second most commonly consumed vegetable in the world and yet it’s not known for anything good or bad and now it’s gotten a functionality and some true benefits for health,” plant biology professor Ilya Raskin told WCBS 880’s Levon Putney. Raskin broke down lettuce into individual cells, reproduced the cells high in antioxidants and there you go – super lettuce!

If you’ve spent any time outside this summer, it’s likely you’ve fought off plenty of mosquitoes. But now there’s even more reason to swat them away due to a new virus carried by the pests that’s spreading quickly, CBS 2’s Dick Brennan reported…The new threat, a virus called chikungunya, has doctors such as Rutgers entomologist Dr. Dina Fonseca on high alert. “The populations of mosquitoes are at their highest, at their peak, so that’s why we’re really worried about it,” Fonseca said.

Beer, pizza, and Ramen noodles were once considered staples of the college diet. But all that is changing. Schools have started to update their menus and curriculum in an effort to help students make healthier choices, CBS 2′s Christine Sloan rep…

Now that the much-discussed 17-year cicadas have begun their emergence, many have wondered how the insects should be dealt with. As WCBS 880’s Levon Putney reported, the cicadas will be on the sides of houses and buildings, and on trees. The periodical…

Oh, the marvels of Mother Nature – each creature doing as its DNA instructs, at its own pace. Mosquitoes live for days. Cicadas, on the other hand… "This is a oddity of nature that we only get to see once every 17 years," Rutgers University e…

[VIDEO] Dr. Donald Schaffner, food microbiologist at Rutgers University, talks about bacteria that can be found inside coffee mugs and the best way to prevent contamination. 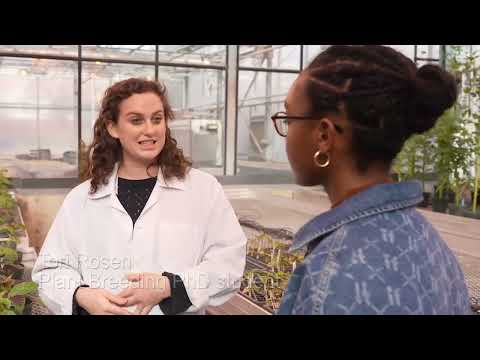