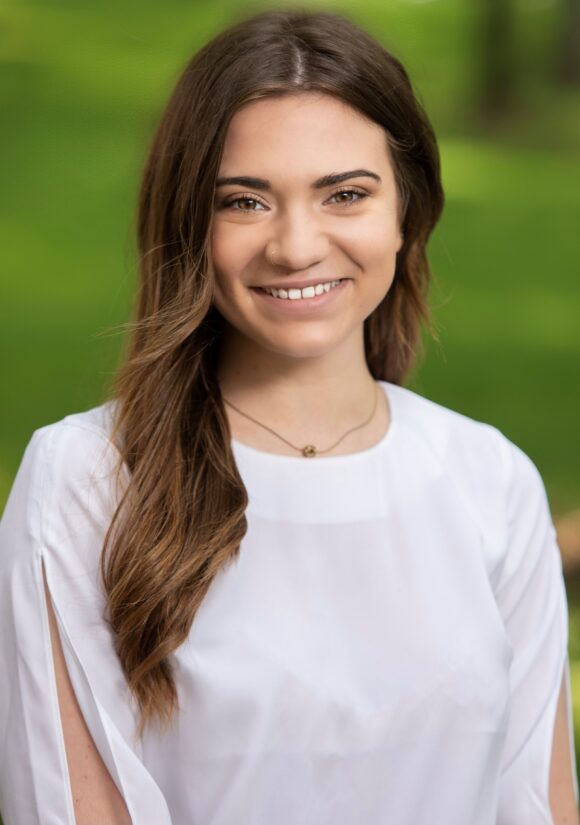 The Rutgers University Foundation Prospect Development Department is excited to welcome Hailey Lemasters (SEBS’21), who will be returning to Rutgers as a prospect research analyst supporting Central Fundraising operations with a particular focus on the Regional and Gift Planning development teams. She graduated from Rutgers with a bachelor’s degree in Animal Science and earned a minor in Nonprofit Leadership.

Lemasters most recently served as the assistant director of Annual Giving & Communications at Lewis & Clark College in Portland, OR. Prior to Lewis & Clark. She worked on a part time basis as the development coordinator for the RBHS Professional Schools.

Lemasters fast-tracked her way to university and kick-started her college career having only just turned 17, ready to follow in the footsteps of many family members who had also attended Rutgers. As an undergraduate student, she wore two hats, pursing her passion for both animal science and philanthropy.

As an Animal Science major, Lemasters attended multiple national American Pre-Veterinary Medical Association conferences with the Rutgers University Veterinary Science Club, learning about the veterinary/animal care field, looking for her place within it. She searched for ways to align her love for philanthropy with her passion for animal welfare and advocacy work. Lemasters is always looking for new ways to leverage her skills as a fundraising professional to support the work of the veterinary community and organizations whose primary interests are to advocate for and provide support to the 6.3 million companion animals that enter U.S. animal shelters nationwide each year.

During her undergraduate career, she was heavily involved with philanthropy on the student and professional levels. She held a position in the Rutgers University Foundation Annual Giving office beginning in her sophomore year, served as the executive director for the Rutgers student philanthropy group Talking About Giving (TAG) team, and was a core member of the Scarlet Seniors Campaign. Working with the Annual Giving team, she helped coordinate campus and University-wide philanthropy events, the most notable of which being the annual Rutgers Giving Day celebration and TAG Days, a week-long series of educational and celebratory philanthropy events.

Lemasters traveled to national and district level Council for Advancement and Support of Education and Affiliated Student Advancement Programs conferences and spoke on behalf of Rutgers about the work they were doing on campus to promote student philanthropy and educate students about the importance of giving in support of the areas on campus about which they felt most passionate.

Post-grad saw her on the west coast, but this Scarlet Knight is back! “I am so fortunate to have rejoined the RUF team and have enjoyed settling into my new role,” said Lemaster. “I’m looking forward to continuing to learn about the field of Advancement and how I can make an impact at Rutgers, in my community, and beyond. I have Rutgers to thank for providing me access to all the opportunities along the way that brought me to where I am now.”