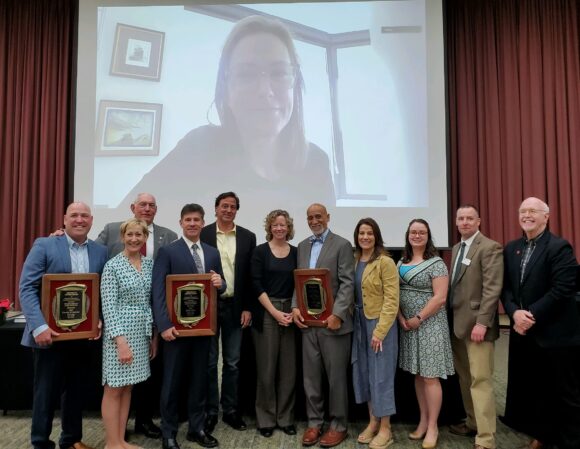 The Cook Community Alumni Association presented the 2022 Distinguished Alumni Awards May 1 at the Cook Student Center. Organized by the alumni association, the awards encompass the George H. Cook Distinguished Alumni Awards and the Dennis M. Fenton Distinguished Graduate Alumni Awards. The George H. Cook award is presented to an alumnus or to alumni whose outstanding accomplishments in professional or volunteer work reflects dignity and distinction on their alma mater. The Dennis M. Fenton award is presented to alumni of the Graduate School of New Brunswick who have had a demonstrated and significant impact in their field of study.

The Cook award was started in 1976 and the Fenton award in 2003. George Hammell Cook was instrumental in bringing Rutgers the designation as New Jersey’s land-grant institution in 1864. Dennis M. Fenton (GSNB ’77), was executive vice president of Amgen, Inc., and a strong supporter of and donor to the school and Rutgers.

During the celebration, there were stories of perseverance, overcoming obstacles and turning them into strengths. A common thread for the awardees was while at Cook how the community helped them to be successful, and some mentioned ways they continue to give back to that community. It was a great reminder of what makes SEBS and the Cook campus so special, giving that small college feel within the larger university.

We honor these alumni for their contributions to their fields, their alma mater, and their communities. Awards committee members Lee Schneider and Linda Madison presented each with their awards.

The distinguished alumni honorees for 2022 are: 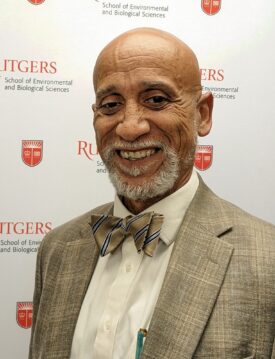 Frederick Tyson attended Cook College, Rutgers University and graduated (1977) with a Bachelor of Science degree in biology and later earned his doctorate in zoology in 1983. Tyson is a program director in the Genes, Environment and Health Branch, Division of Extramural Research and Training, National Institute of Environmental Health Sciences (NIEHS).

He is considered one of the leading visionaries in advancing the scientific mission of the institute over the past 22 years. Tyson has initiated and/or developed several research programs that embrace diverse disciplines and approaches which span K-12 environmental health science education, public health research programs focusing on environmental justice and community-based participatory research and environmental genomics, epigenomics and epitranscriptomics. His work is presently focused on supporting research that will produce novel and exciting data as well as insights on how environmental exposures can alter cellular regulatory pathways and/or networks that are associated with exposure induced pathologies. He is currently the lead program officer at NIEHS for the tobacco science research portfolio that addresses environmental tobacco smoke exposures and health impacts as well actively participating in the FDA-NIH collaboration in the Tobacco Research Science Program (TRSP) and the trans-NIH Tobacco and Nicotine Research Interest Group (TANRIG). As part of the TRSP and TANRIG research programs, emphasis is placed on supporting research on electronic nicotine delivery systems, hookahs and vaping and how they impact health outcomes.

Tyson is the recipient of countless awards and has authored or co-authored more than 25 professional publications. 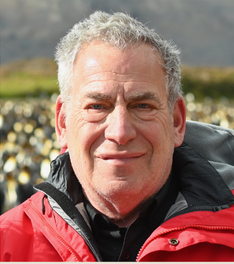 Ronald M. Atlas is an internationally recognized scholar, educator and advocate for science. After earning his Ph.D. in Microbiology at Cook College, Rutgers University with professor Richard Bartha, he was a research associate at the Jet Propulsion Lab, California Institute Technology (1972-1973), before joining the faculty at University of Louisville in the Department of Biology (in 1973 until his retirement).

His achievements include pioneering research in microbial degradation of hydrocarbons and other organic pollutants, numerical taxonomy of marine bacteria, effects of pesticides and other organic compounds on microorganisms, and ecology of soil and marine microorganisms. He played a leading role in the development and application of a special bacterial fertilizer that helped in the cleanup of the Exxon Valdez oil spill. He is the author of nearly 300 papers on topics ranging from the cleanup of oil spills to infectious diseases and bioterrorism. He has authored 20 books, several of which have been classic textbooks used around the world, including Microbial Ecology (by Atlas and Bartha) and Microbiology: Fundamentals and Applications.

Atlas is past chair of the American Society for Microbiology (ASM) Public and Scientific Affairs Board and regularly advised the White House and US Congress on issues of environment and infectious diseases. During his time as President of the ASM he led the response to the anthrax “attack”, when several anthrax-laden letters were sent through the U.S. postal system, informing and advocating congress for the right moves to effectively address the bioterrorism concerns. 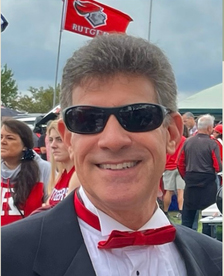 Danny Klein earned a Bachelor of Science degree in environmental science at Cook College (1988) and CMD MBA from Rutgers University along with an MPA certification in emergency management from Kean University. He is a chemical specialist of high hazard materials and hazardous wastes. He is also a graduate of the John Stamler Police Academy, retired reserve officer and hazmat supervisor for the Office of Emergency Management.

As the vice president of business development for the American Wine Society Educational Foundation, he has been instrumental in providing $438,500 worth of scholarships to deserving graduate students in the wine industry. He is also an award-winning winemaker and owner of multiple wine trademarks. He is a wine writer, educator & sommelier. Armed with certified specialist of wine, WSET advanced and wine judge certification. You will frequently see him sabering a bottle at wine tastings in the NYC metro area or judging international wine competitions including Governor’s Cup contests, The Fifty Best, and the Ultimate Beverage Challenge. Additionally, he is the chairman of the NJ State Fair Garden State Wine Challenge.

Over the past 32 years he has done many events with both the RUAA and CCAA. He has contributed to SEBS student speed-networking events, “Life After College”, and continues to recruit qualified candidates at the SEBS & RU Career Fairs. You will regularly see him at the Scarlet Harvest, Spring Garden gathering, and every Log Cabin event. 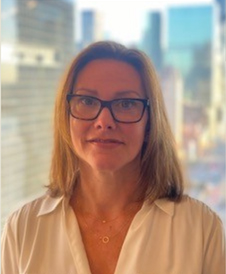 When asked to describe why Ivanac is deserving of the George H. Cook Award, one of her colleagues wrote, “Karen’s knowledge of the business outside of the Clinical Study Team Assistants (CSTA) group was invaluable as she was able to create a group that is now adequately supporting the needs of the other parts of the organization we work with. She cares about her colleagues. She wants to ensure that all CSTAs (of which we have now grown to a number globally of nearly 100 colleagues) feel valued and are recognized for the work they do.” Another colleague wrote, “Karen not only has impressive leadership and organizational skills, but she also brings humor and a positive can-do attitude that has been essential for developing high performing teams. She has an innate sense of timing for when a team just needs to be lifted to maintain momentum to perform their tasks. Her skill set is highly valued in matrixed organizations like Pfizer, not only by senior management, but also by her peers. Karen’s enthusiasm and dedication inspire those who work with her.” 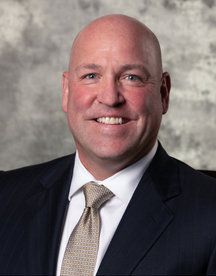 Tim serves many community organizations such as the Fred J. Brotherton Charitable Foundation (former advisory board member), the Pequannock Valley Rotary (past president / Rotary International Paul Harris Fellow), Jacksonville Chapel Board of Elders (former vice-chairman), Pequannock Friends of Wrestling (former president), and the Rutgers, Scarlet Knight Wrestling Club (executive board member). He can be found supporting student athletes at the Rutgers Wrestling matches and serving as a Student-Athlete career mentor at the Rutgers University Leadership Academy.

To take advantage of Tyson’s visit to campus, a luncheon was held on April 29 in the Waksman Room in Martin Hall to provide faculty and students an opportunity to network with and gain advice from him as a NIH Genes, Environment, and Health Branch administrator and to hear about his experiences as a person of color on-campus in the ‘70s and ‘80s. Mark Robson, Distinguished Professor of Plant Biology, hosted the event. 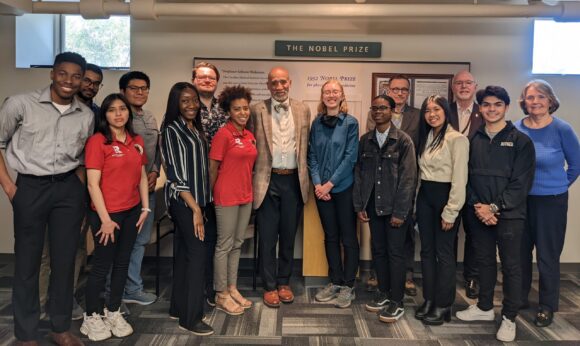