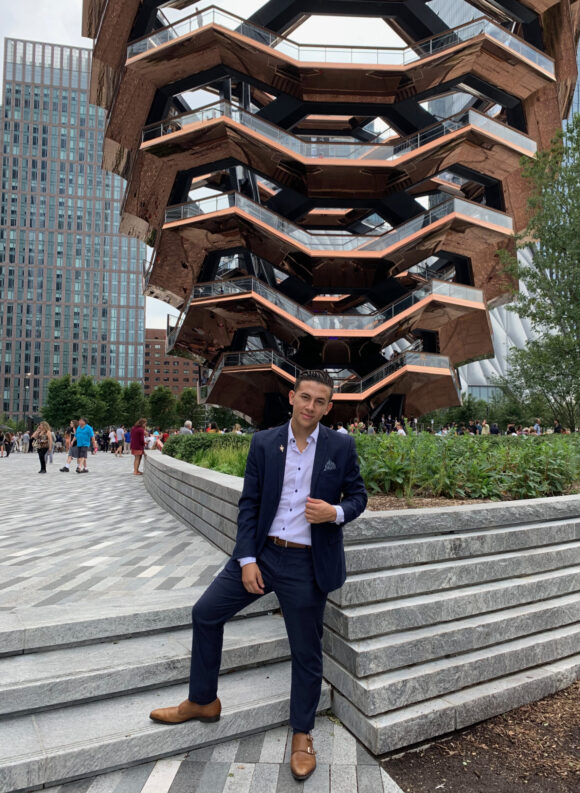 Catching Up, Moving Ahead, and Giving Back

At the age of seven, when Luis Gasca immigrated with his mother and sister to the U.S. from Colombia, he only spoke Spanish. Gasca was enrolled in an English-speaking school in his new hometown of Trenton, NJ, to acclimate to the new language and catch up with his peers. With the assistance of a tutor and by watching American T.V. shows, he learned English in a few months. Thus launched his academic career, which ultimately involved a cycle of catching up, moving ahead, and giving back. 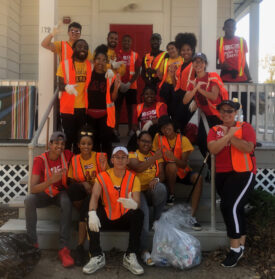 Fueled by the dreams of his mother coming to the U.S. in pursuit of a brighter future, he was taught the importance of education early on. In high school, Gasca became involved with local organizations that opened doors to understanding the process of applying for college. “That’s when I started looking into the option of higher education and taking full advantage of it,” said Gasca. “If it weren’t for my extracurricular involvement, I probably never would have gone to college – I would have graduated from high school and continued working thereon.” As he started to get an idea of what it meant to pursue higher education, it was once again like learning another new language: “SAT,” “ACT,” “financial aid,” “scholarships.”

The Latin American Legal Defense and Education Fund (LALDEF) promotes immigrants’ rights with a focus on the Latin American community in the Mercer County area. They facilitate access to education and other services and advocate for the integration of immigrants. Through LALDEF, Gasca was able to get tutoring from Princeton University students and later had access to Princeton faculty to review his college essays. Princeton Students for Immigrant Empowerment is an immigrants’ rights organization with various projects to empower the migrant community in Princeton, Trenton, and the nation. These students shared their experiences of making it to an Ivy League school. Through them, more doors opened, and Gasca learned about other national programs like QuestBridge and the Hispanic Scholarship Fund. 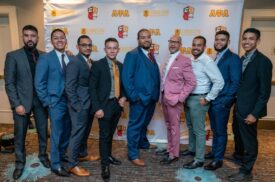 As part of his journey to enter college, Gasca began exploring scholarships. He secured his first scholarship as one of three Trenton High School students to each be awarded $40,000 from the Educational Testing Service Cares Scholarship Program.

As Gasca gained momentum in catching up and moving ahead, he also began giving back – a practice he maintained throughout college and continues today. Through Millhill Trenton PEERS, he was able to gain confidence as his group performed skits on bullying, drugs, alcohol, and gang awareness at elementary, middle school, and rehabilitation facilities. The program was recognized by a senator, the local police, and the City of Trenton, elevating his story even more. Being in an urban community, Gasca was exposed to these distractions, but “I managed to keep myself out of that even though I was around it. And I was able to help others get out of it,” he said. His mother’s encouragement reinforced this and made sure his focus remained on academics and creating a positive impact on the community, and not adding to the problems—helping him stay on track. 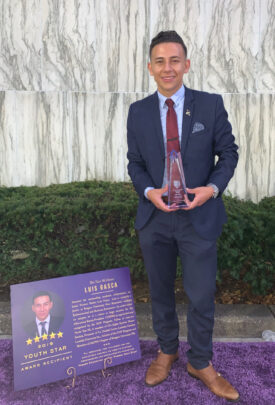 Gasca was awarded the Youth Star award from the Smith Family Foundation in Trenton, NJ.

When he started applying to colleges, Gasca first looked at out-of-state schools and was accepted at several. After realizing that he didn’t want to be a financial burden on his mother and trying to support himself through college, he set his sights on an in-state school. The choice of which school in New Jersey was easy for him—Rutgers was a big school with prestige, had many successful alumni, and a long history. When he learned of a Rutgers summer program to help prepare students on what to expect with continued support through the first year of college, he was convinced the Educational Opportunity Fund (EOF) program would be advantageous.

Enrolled in the School of Environmental and Biological Sciences (SEBS), the SEBS EOF program proved beneficial for Gasca in many ways. EOF director and assistant dean Jenice Sabb inspired his choice of Environmental and Business Economics as a major. Having been an EBE major herself, Sabb likened it to a big umbrella leading to many different paths. That suited Gasca, he explained, “I was motivated to pursue EBE because it was one of the few majors at Rutgers that allows students to get exposure to the sciences and the economics background at the same time.” 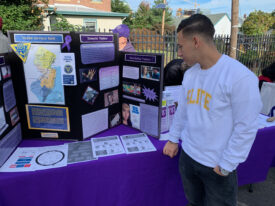 Entering as a first-year student, Gasca had more catching up to do. He hadn’t taken AP classes in high school, so catching up would require taking summer and winter classes all four years—and those courses were covered under EOF. Once again, Gasca prioritized giving back, which he did by giving his time and becoming an active leader on campus. “I was always there, helping out with programs and representing the EOF community. I was very vocal about what EOF is and the opportunities that come with it,” he said. Gasca was elected 2018-2019 president of EOF’s C.O.S.I.N.E. (Community Of Students Involved “N” Education) Club. COSINE focuses on advocating academic excellence and cultivating EOF scientific inquiry skills.

In addition to his commitment to COSINE, Gasca served as a senior-at-large member on the Rutgers University Student Assembly Allocations Board from 2018 to 2020. This position allowed him to use his academic training to assist with allocating over one million dollars in funds for university events/programs/trips to over 400 recognized campus organizations. Gasca also accepted a position on the 2019-2020 finance committee for the Association of Latino Professionals for America (ALPFA). 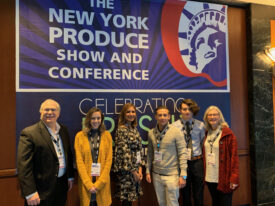 Through his involvement with America Needs You (2018-2020), an organization that supports economic mobility for ambitious, first-generation college students by providing transformative mentorship and intensive career development, Gasca obtained an internship at Bank of America Merrill Lynch Wealth Management as a 2019 Summer Global Wealth Management Advisory Intern. This experience allowed him to attend the Student ALPFA annual convention, where he was able to leverage the internship experience and secure six interviews with companies like J.P. Morgan Chase, Warner Bros., Bank of America, Bloomberg Financial, Johnson & Johnson, Synchrony, and United Airlines; from which, he secured five full-time internship offers for summer 2020. He accepted and completed a virtual Global Finance and Business Management internship with J.P. Morgan Chase & Co from this interaction and further solidified his finance career by accepting a full-time position with J.P. Morgan Chase as a financial analyst upon his graduation in May 2021.

As if he wasn’t busy enough with his academics and involvements, his time at SEBS was rounded out with working part-time as a server, earning scholarships, and participating in Greek life. He continued to hone his academic and leadership skills, serving as treasurer for the Multicultural Greek Council and La Unidad Latina Lambda Upsilon Lambda Fraternity Inc. Gasca was also a member of the Hispanic Scholarship Fund, Louise Stokes Alliances for Minority Participation program and Chi Alpha Epsilon Honor Society. 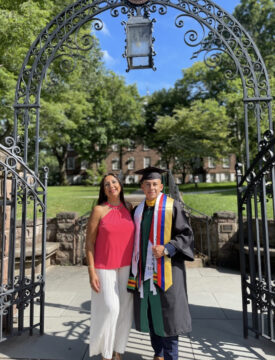 Gasca and his mother attending his graduation at the on-campus celebration, Fall 2021.

For graduating Seniors, the proud moment of the culmination of hard work of earning a degree is participating in a graduation ceremony. Unfortunately for Gasca’s class of 2021, because of the pandemic, an in-person convocation was not possible and was held virtually. As the saying goes, “when life hands you lemons, make…margaritas?” Gasca’s family traveled south of the border in place of a ceremony in New Brunswick. He shared, “I celebrated SEBS virtual graduation in Cancun, Mexico. I walked across the beach when they called my name.” He and his family were finally able to attend an in-person ceremony held in Fall 2021 for the SEBS classes of 2020 and 2021.

Gasca currently works at J.P. Morgan Chase & Co as a Business Manager for Global Fixed Income and Economics Research. His office is located at the J.P. Morgan headquarters in New York, “which was one of my dreams when I was growing up to work in the hustle and bustle lifestyle of New York,” he said. “I have also been giving back my time to my community by speaking to high school students from Trenton, NJ, pursuing higher education.” Currently, he sits on the Membership Committee for ADELANTE, a professional organization within J.P. Morgan that supports and empowers Hispanic/Latino employees to identify and pursue opportunities for career development and community involvement. He has also volunteered with nonprofits that promote and assist undocumented families in many ways. Gasca concluded, “My long-term goals are to stay involved with the many organizations that allowed me to get to where I am now. I want to become a mentor; I would like to sit on the board of directors for a nonprofit and ultimately grow my career in finance.”