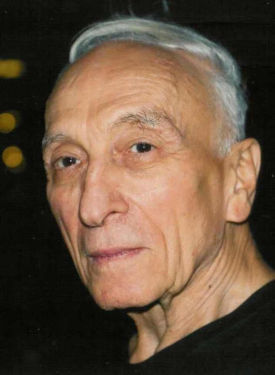 Andrew “Pete” Vayda, passed away on January 15 at the age of 90. Vayda immigrated to New York with his mother from Hungary in 1939. He attended Columbia College and earned his B.A. in 1952, and subsequently earned his Ph.D. from Columbia University in 1956. Vayda served as a professor in the Department of Anthropology at Columbia from 1960 to 1972 and left to found the department of Human Ecology at Rutgers University where he was a Distinguished Professor in both Anthropology and Ecology. From his Rutgers retirement in 2002 until his death, Vayda was an independent scholar based in New York City, an adjunct professor at Monash University (Australia) and the University of Indonesia, and a senior research associate at the Center for International Forestry Research (CIFOR) in Indonesia. He has also taught at other Indonesian universities and at the University of British Columbia.

Vayda’s long career featured historical, philosophical and interdisciplinary research. He specialized in methodology and explanation at the interface between social and ecological science and directed and participated in numerous research projects on people’s interactions with forests in Indonesia and Papua New Guinea. He founded he journal Human Ecology and served as editor for five years. He was also a founding board member of the Association for Fire Ecology of the Tropics and served on the editorial boards of Anthropological Theory, Borneo Research Council publications, Forests, Human Ecology, and International Journal of Indonesian Studies. Among his publications are hundred articles and several books, including Explaining Human Actions and Environmental Changes (2009), a selection of his essays on explanation and explanation-oriented research in the social sciences and human ecology, and Causal Explanation for Social Scientists (2011), a reader co-edited with Bradley Walters. A festschrift in his honor, Against the Grain: The Vayda Tradition in Human Ecology and Ecological Anthropology, with a concluding chapter by Vayda on Causal Explanation as a Research Goal, was published by AltaMira Press 2010 Human Ecology review of Walters Bradley B with Bonnie J McCay (2).

Vayda conducted research in New Zealand, New Guinea, the Cook Islands and Indonesia. He undertook his first ethnographic field research in the 1960s and continued to do fieldwork regularly until his last field trip to Indonesia in 2017. While he initially began his career focused on warfare, he quickly became interested in questions of causality and the environment. His work investigated why certain ecologically-connected events occur and why people do certain things with regard to the environment. His contributions to the field are many, but significantly they include the thinking that resulted in the development of the subfield of anthropology now known as Environmental Anthropology.

Bonnie McCay, Distinguished Professor Emerita, Department of Human Ecology, shared some background on Vayda’s role in the school and the field, “Pete was the founder of the Department of Human Ecology, having been brought over to Rutgers from Columbia University as a dean in the new school, Cook College, to help implement the college’s then radical mission of “man and the environment.” He brought his own notion of human ecology, a revision of anthropology’s “cultural ecology” and definitely not the usual land grant university kind of human ecology (=home economics and family studies). He also brought two Columbia U. anthropology grads who were engaged in this more revisionist notion— George Morren (in 1973) and me (in 1974), and he created the journal Human Ecology, which continues but is now edited by Dan Bates at Hunter College, CUNY. Against the Grain is a brief book review of a volume that some of us put together about Pete’s intellectual work, which was always deeply philosophical and cantankerous.”

A transcript of an interview with Vayda on his life and work as of April 2008 can be found at Vayda Interview 4-08 rev.rtf-1.rtf (cam.ac.uk)