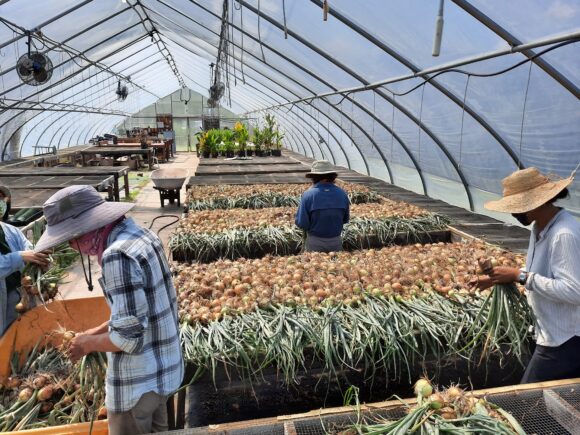 Historically, young people were taught a trade by serving as apprentices or learning the ropes in a family business. While modern education emphasizes learning through books, classrooms, and lab experience, academia has increasingly embraced the value of hands-on involvement and commonly provides students opportunities for fieldwork or internships.

Agricultural entrepreneurship offers its own unique set of challenges, since there is a business management component in addition to agricultural production. What better way for modern day college students to learn both aspects than to run their own agricultural enterprise right on a college farm? At the Rutgers School of Environmental and Biological Sciences (SEBS), ag entrepreneurship opportunities have cropped up over the years through the Rutgers Student Farm. Although recently renovated and situated at Rutgers Gardens, the origins of the Rutgers Student Farm go back long before most of today’s students were born.

Prior to the boon in popularity of organic farming, community supported agriculture (CSA), or the buy-local movement, the Cook Student Organic Farm at Rutgers operated five acres as a CSA student-run farm on the edge of the George H. Cook campus in New Brunswick. Since 1993, Rutgers students have been ordering seed, planting, weeding, harvesting, and divvying up shares of fresh veggies for weekly produce pick-ups by shareholders during the growing season. 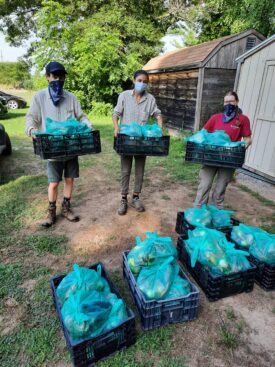 CSA membership for the student farm is offered through Cook’s Market at Rutgers Gardens.

The Cook Student Organic Farm was founded by then Rutgers associate professor in nutritional sciences Michael Hamm, who guided the development of the farm until 1998. When the farm was first launched, grants and funding from Rutgers helped cover the initial start-up costs. Eventually, as the farm sold more shares and generated more income, it became a self-sustaining enterprise. The farm started out at Hort Farm III on Ryders Lane, with 1.25 acres under cultivation, providing produce to 24 shareholders who paid $150 per share. The cultivated land was expanded to three acres during the 1999 growing season, with membership growing to 125 shareholders paying $250 per share.

After a few years without a director, followed by a stint by a short-term interim director, associate professor Edward Durner was asked to lead the student farm in 2006. During his tenure as director, he supervised 60 undergraduate student interns and taught sustainable production based on sound horticultural science. After 2008, the cultivated acreage was expanded to five acres and, at its height, the farm served 175 shareholders. Surplus produce was donated to Elijah’s Promise Soup Kitchen in New Brunswick. In 2010, the name of the farm was changed to The Student Sustainable Farm at Rutgers (while used in practice, the farm didn’t undergo organic certification, hence “organic” was removed from the name). 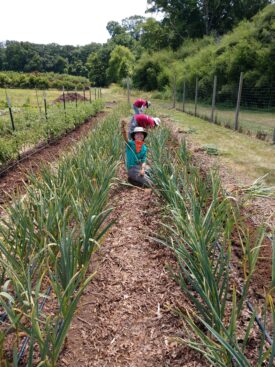 Once the farm reached its boom years, a real-life lesson that the student farmers had to grapple with was business competition. While the Student Sustainable Farm had for years enjoyed the status as the only organic CSA in town and, as a result, often maintained a waiting list for shareholders, the expansion of local direct marketing agriculture eventually lured some of its supporters away to new or other expanding local CSAs. Fueled by the rapid growth in local community farm markets, shareholders dwindled and, as they did, the farm intern staff was trimmed down to only three students for the 2014 season—its last season at Hort Farm III. Around that time, Hort Farm III was also in dire need of an overhaul, and it ultimately closed for two years to make capital and soil improvements.

The Student Sustainable Farm was officially welcomed to Rutgers Gardens in 2016 and relocated across Ryders Lane to Rutgers Gardens’ Hort Farm II. With renewed vigor and guidance, the farm now functions as an outdoor classroom for specialized interdisciplinary coursework, providing unique learning opportunities, hands-on experiences, and research opportunities for students throughout the year. It also serves as a vibrant local food source and provides a foundation for community outreach and programming, with an entrepreneurial perspective. The goal is to showcase an example of small-scale food production that is simultaneously ecologically sound, socially just, and economically viable—the three pillars of sustainability. The Student Sustainable Farm is supported by funding from the university, private donors, and by the School of Environmental and Biological Sciences.

In 2019, the Student Sustainable Farm partnered with the Rutgers Student Food Pantry to provide fresh produce to students facing food insecurity. Throughout the growing season, fresh produce is distributed on a weekly basis to students in need of access to nutrient-dense food. Additionally, the farm operates a CSA share program.

The unique hands-on experience the student farm interns receive provides a lifetime of skills that can apply not only to agriculture but to many fields—and even can forge lifelong friendships. A few former interns went on to start their own farms, including Tatiana (Quiroz) Dale (SEBS ‘15), an intern when the farm was located at Hort Farm III. Ameen Lotfi (SEBS ‘20) interned at the farm at Rutgers Gardens and also shared about his experience. 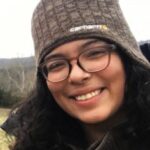 Tatiana Dale
“I grew up in a small New Jersey suburb where my exposure to farming was limited. The student farm was a place where I learned, grew, and used labor as a general therapy. The work was intense and invigorating, and I loved it so much that I have continued in agriculture. Not only did I develop skills that I use to this day, I made a best friend, Kimmy Dalton (SEBS ’13). Our friendship may never have had the chance to form without the common passion for the work we were doing. Kimmy has the true heart and spirit of a steward—I still learn from her every day.

I encourage young students to go beyond what they know, and to take opportunities that set them outside of their element. I never thought I would be where I am today. My husband and I run a successful livestock business in New Jersey and have just purchased land of our own in Vermont. My memories of the student farm will be with me forever. I hope that it can continue to incubate young farmers and give them the chance to succeed in such a difficult field.” 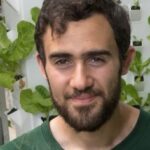 Ameen Lotfi
“The student farm was one of my greatest highlights at Rutgers. There’s a lot to learn in the field that one might miss in a classroom! Under the guidance of the farm manager at the time, Arianna Lindberg, I learned myriad skills related to operating a small organic farm. We produced a variety of crops to serve our diverse clientele at Cook’s Market and the New Brunswick Community Farmers Market. We also donated our produce to Elijah’s Promise. This experiential component of my academic career has been invaluable.”