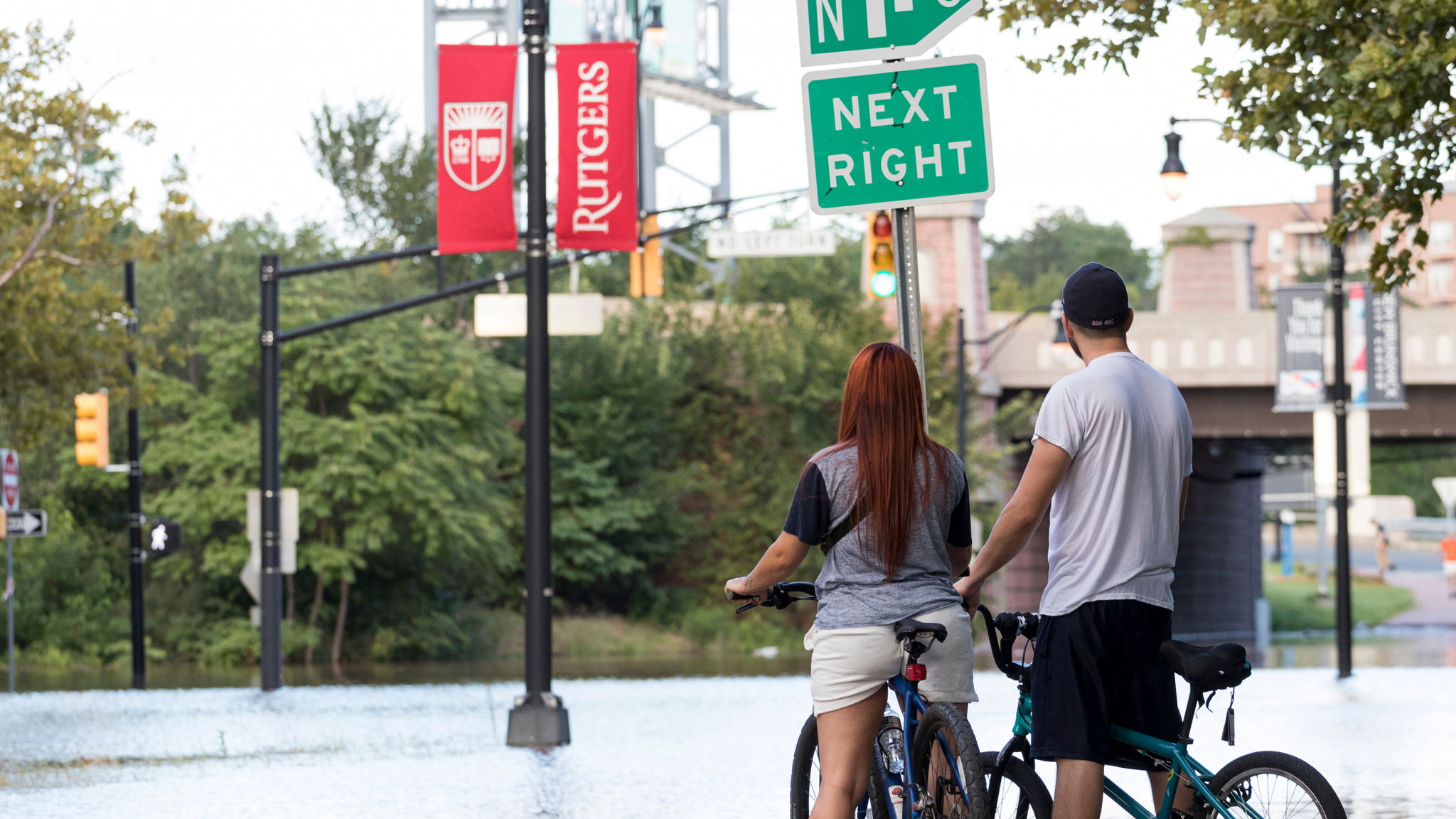 Universities join together to provide the research to work towards more resilient, sustainable coastlines

Rutgers will take the lead – with a $20 million grant from the National Science Foundation – to develop a plan with universities throughout the country to protect coastal areas increasingly threatened by extreme weather caused by climate change.

Rutgers announced the partnership on the heels of historic flooding from the remnants of Hurricane Ida, which researchers say serves as a stark reminder that all communities are vulnerable to the increasing frequency and severity of extreme weather events.

“As extreme weather events continue to highlight our region’s and world’s vulnerability to the effects of climate change, Rutgers has taken a leadership role in addressing the climate crisis through research, scholarly activities, and meaningful action locally and globally,” said Rutgers President Jonathan Holloway. “In addition to developing a plan for our own university to reduce our carbon footprint, our experts are leading collaborations such as this one to create mutual understanding within our diverse communities, gather insights to guide decisions, and develop adaptation plans that could benefit coastal megalopolises in our region and beyond. It is a proud moment for Rutgers and for our partners to collectively impact change for future generations.”

These climate risk teams will create a Megalopolitan Coastal Transformation Hub (MACH) in an effort to provide fundamental research that will enable society to work towards more resilient, sustainable coastlines that are vital to the national economy.

Led by Rutgers climate scientist and principal investigator Robert Kopp, the multi-university group will partner with communities in the region, using real-world problems to shape its research activities. The project will investigate the hazards the region faces, as well as the way people understand and respond to them. It will also investigate the behavior of the housing markets, mortgages, and insurance companies, and the effects on municipal budgets.

Kopp says the goal is to manage the transformation of the coast by linking scientists and communities in order to manage risk.

“We are dealing with complex and rapidly changing coastal environments and hazards. Rutgers and most of the team working on this project sit within the dense urban mega-region that stretches from New York City, through New Jersey, to Philadelphia,’’ said Kopp, who is also director of the Rutgers Institute of Earth, Ocean and Atmospheric Sciences and professor in the Department of Earth and Planetary Sciences.

“We have to understand the dynamics of how humans and the coastline interact in such complex, urbanized regions so that we can thrive despite rising sea levels and intensifying heat and rainfall and take advantage of new opportunities like offshore wind. The lessons we learn here should have application to urban megalopolises around the world,” Kopp said.

The project will initially be funded by the NSF with a $7.9 million grant for the first two years, with the remaining $12 million in funds awarded following annual progress reports.

“These projects are unique, community-built and embody the goals of broadening participation in science and fostering societally relevant coastal research,” says NSF Coastal and People Program director Amanda Adams. “The awards address coastal hazards from the Pacific Northwest to the Gulf of Mexico to the mid-Atlantic and engage communities from the densely populated Eastern Seaboard to tribal and rural coastal communities.”

The coastal project will conduct research that supports the development of climate-resilient decision-making frameworks to equitably support coastal communities. In addition to facilitating interdisciplinary science, MACH will link researchers with coastal stakeholders and decision-makers to facilitate the co-development of dynamic adaptation policy pathways for equitably navigating a deeply uncertain future.

At Rutgers, researchers will engage students from the university and community colleges, junior faculty, and faculty through research symposia while training and providing the necessary concepts, tools and skills to a new generation of leaders to advance managing climate risks. Rutgers Mason Gross School of the Arts will also develop a documentary of the whole five-year process.

“This important project builds on and expands Rutgers-New Brunswick’s leadership in climate science and our commitment to address one of the most pressing crises facing the human race,” said Rutgers-New Brunswick Chancellor-Provost Francine Conway. “This effort requires the full focus of our prowess in academic excellence, world-changing research, and impactful public service.”