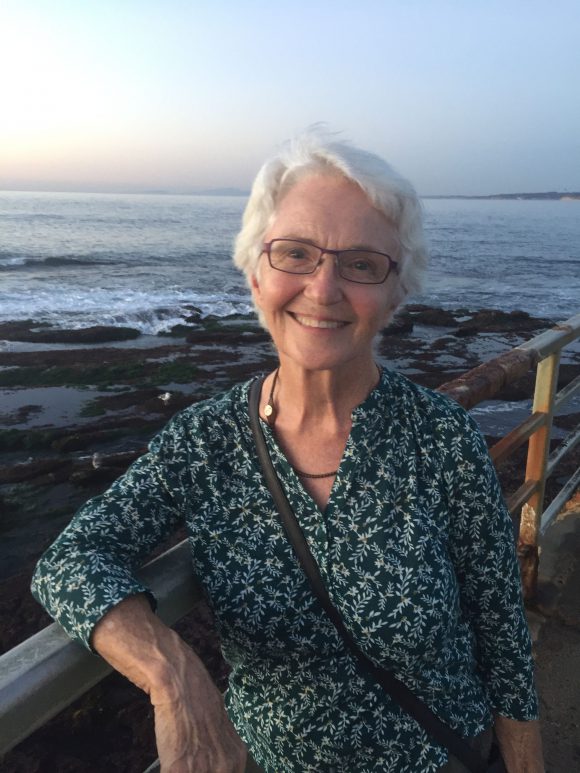 Bonnie McCay on the coast of La Jolla, California.

McCay, professor emerita of human ecology at Rutgers, was a founding member of the Anthropology and Environment Society and served as its first president. The award, valued at $250, supports early-career scholars who have obtained a doctoral degree within the previous five years. It is intended to encourage talented junior scholars to continue working in the domain of anthropology and environment by recognizing their exemplary scholarship.

A former Board of Governors Distinguished Service Professor and graduate certificate director in the Department of Human Ecology, McCay retired in 2015 following a distinguished academic career that spanned more than 40 years at Rutgers. She has mentored scores of environmental anthropologists in her many policy and academic roles. Her work has made foundational contributions to the understanding of marine environments and fisheries as “commons,” as well as establishing models for interdisciplinary approaches to studying and managing environmental change.

She conducted extensive fieldwork in Newfoundland and Nova Scotia, Canada; the Middle Atlantic region of the U.S.; and Baja California, Mexico, with funding support by the National Science Foundation, the Sea Grant College Program and the National Park Service. McCay authored the following books, The Question of the Commons, Oyster Wars and the Public Trust and Enclosing the Commons, and published more than 150 articles in scientific journals.

McCay is a fellow of the prestigious American Association for the Advancement of Science. In 2012, she was elected a member of the U.S. National Academy of Sciences and, in 2013, was the first woman to the selected by the American Fisheries Society for its Award of Excellence. In addition, she is the recipient of the 2015 Ostrom award—named for Nobel-Prize winning political scientist, Elinor Ostrom—given by the International Association for the Study of the Commons.