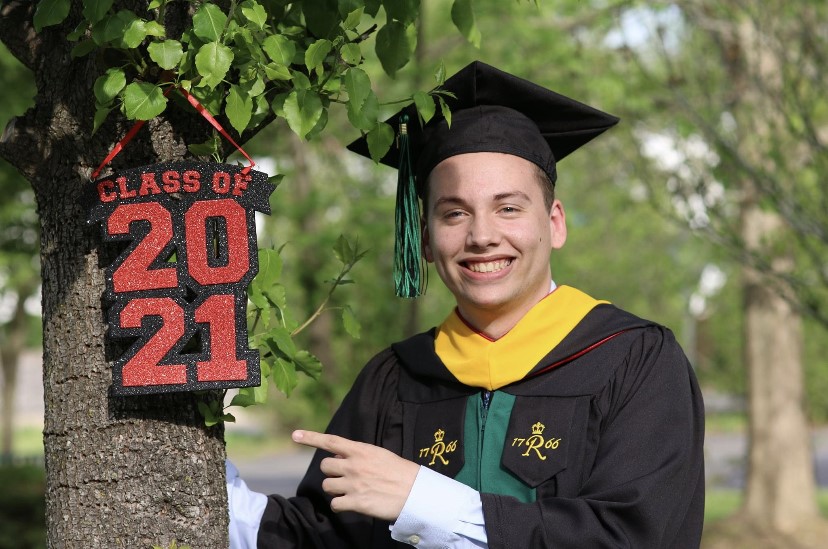 Not knowing exactly what your career path will be can be stressful for college students. But for food science major Parker Herrera, it’s an opportunity to do what he enjoys: experiment.

He loved his part-time job at The Spice & Tea Exchange in Haddonfield, New Jersey, where he helped create and sell custom spice blends and teas. And though he hasn’t officially graduated yet, he already started a full-time job at iTi Tropicals in Lawrenceville, New Jersey. He works in the samples department to help global wholesale clients try out iTi’s imported tropical and exotic fruit purees, juices, and concentrates for potential use in recipes and other concoctions. The company’s products, he explains, can be used as ingredients in many foods and beverages, and some also are used in personal care items such as shampoo and lotion.

As part of his education at Rutgers’ School of Environmental and Biological Sciences, where he’s also part of the General Honors Program, he was involved with projects that helped him to appreciate the interconnectedness of many disciplines, especially within the realm of global health. While working on a semester-long assignment in the course “Science and Technical Writing,” he developed a prototype of a hydroponic tabletop vegetable garden that could help families living in Philadelphia’s food deserts, or regions where a supermarket is more than a mile away. Throughout this experience, he explored the dynamics associated with addressing this local need.

“How to find out which families want and need help, how to contact them and distribute materials to them, legal issues associated with growing and providing food to people, how to store and keep track of supplies—all of these are parts of the puzzle that would play a role in implementing this kind of solution,” he says, noting that he also became more aware of the different factors that influence health issues such as food insecurity and malnutrition. “I realized that, in order to address these problems, you have to work to improve the inequities that are causing them, and also work through logistics that aren’t directly related to putting food on someone’s table. That was eye-opening for me.”