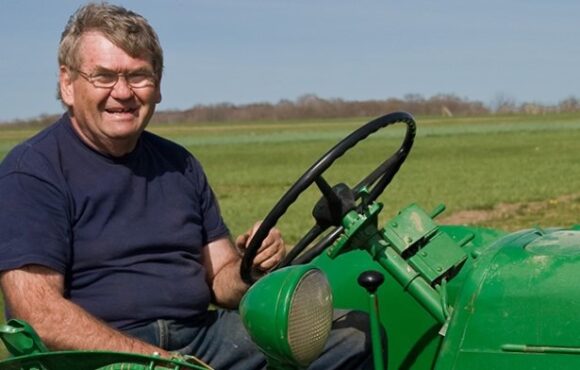 “Mel Henninger’s significant contributions to New Jersey agriculture have made major impacts on how we grow produce,” said New Jersey Secretary of Agriculture Douglas H. Fisher. “He is known and highly respected across the country for his in-depth knowledge of potatoes and the availability of his expertise, experience and insight to farmers here has heightened the Garden State’s production and agricultural reputation.”

Dr. Henninger graduated from Penn State University with a degree in agronomy and he returned there to earn his Masters and Ph.D. in agronomy as well. Before being a professor emeritus for the last 10 years at Rutgers, he spent 39 1/2 years of his career as an extension specialist in vegetable crops at Rutgers. His career included nine years as Department Chair.

“Working with my fellow Rutgers staff and agents for the farmers in New Jersey has allowed me to have a very rewarding and satisfying career,” Dr. Henninger said. “Receiving this honor is especially significant to me.  Being recognized by my clientele and knowing so many others who have received it before me is very special to me personally and something I will always cherish it.”

His other significant honors have included winning the Stephen A. Johnston Person of the Year Award from the New Jersey Agribusiness Association, an Honorary Life Membership to the Potato Association of America, the Specialist of the Year by the New Jersey Agricultural Agents Association and a Vegetable Group Rutgers Cooperative Extension Award. Also, his paper, “The Predictive Model for Onset and Development of Internal Heat Necrosis of Atlantic Potato” was selected as the Most Outstanding Published for Vegetable Crops in 1991 by the American Society for Horticultural Science.

Dr. Henninger’s research with white potatoes has included studies on spacing for maximum yield, pest management, calcium, and phosphorus rates, and on fungicides. Other studies include varietal evaluation, pest control and storage quality for sweet potatoes, grafting tomatoes, and variety trials on several other vegetables grown in New Jersey.