A high percentage of medical students feel like “imposters” during their first year of medical school, which indicates increasing levels of distress. This was the major finding of a recent study published in the journal, Family Medicine. 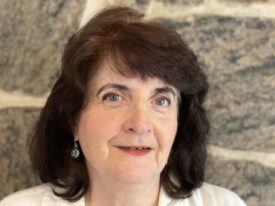 Yvette Schlussel, research scientist in the Department of Nutritional Sciences.

Lead author of the study is Associate Dean for Student Affairs at Sidney Kimmel Medical College (SKMC) of Thomas Jefferson University Susan Rosenthal, a former associate dean of student affairs at Rutgers Medical School. One of the co-authors is epidemiologist and statistician Yvette Schlussel, research scientist in the Department of Nutritional Sciences at Rutgers. Rosenthal and Schlussel have previously collaborated and have published research on empathy and the growth of humanism in medicine in Robert Wood Johnson Medical School/Rutgers (RWJMS/UMDNJ) students in the journal, Academic Medicine.

Imposter Syndrome, defined as inappropriate feelings of inadequacy in high achieving individuals, has been described frequently in the lay press, however, little is known about its presence among medical students. Researchers at SKMC wanted to learn to what extent incoming medical students exhibited such feelings, if they intensified over the first year, and if they were related to other personality measures which indicate emotional distress. 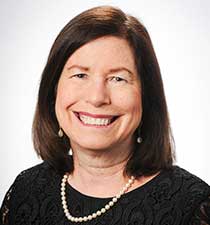 What did they find?  At the start of their first year, the degree of imposterism among medical students was unexpectedly high. In fact, 87% of the 257 students who completed an imposterism survey (the Clance Imposter Phenomenon scale) showed moderate to high degrees of imposterism, and these feelings significantly increased during their first year of school. When researchers looked at the relationship between imposterism and personality measures which affect interpersonal relationships and well-being, they found that students with higher Imposter Syndrome scores had lower scores for self-compassion, sociability, and self-esteem. Such students also exhibited higher scores for loneliness, neuroticism and anxiety.

Imposterism is a malleable personality construct, and therefore responsive to intervention. It is easily measured and may serve as a proxy for emotional distress, helping us identify students who will benefit by intervention. Supportive feedback and collaborative learning, mentoring by faculty, academic support, individual counseling, and group discussions with peers are all helpful.  For many students, the most powerful first step is normalizing this distorted and maladaptive self-perception through individual sessions with faculty and mentored small group discussions with peers.

Although the finding of an increase in imposterism during the first year was concerning, the authors point out that the students in this study were exposed to the traditional medical school curriculum.  The following year, an innovative new curriculum, JeffMD, was introduced at SKMC.  Rosenthal and colleagues plan to compare these findings with those of students in the new JeffMD curriculum.

SEBS/NJAES Newsroom sat down with Yvette Schlussel to learn more about her involvement in the study and some of the logical next steps.

You have previously worked with Dr. Rosenthal on empathy among Rutgers medical students. Was this particular study a natural progression for you?
Yes, initially, we also examined whether medical student empathy is associated with Imposter Syndrome, but this association was not found in the current study. As a medical sociologist who has specialized in the study of professionals and their work in complex organizations, I was interested to see whether the challenging medical school culture might affect otherwise high-achieving students in negative ways. I had also previously studied stress and burnout as an NIH fellow in cardiovascular epidemiology at Cornell-Weill Medical school in the Cornell Worksite Blood Pressure project. Medical schools are similar to the thousands of employees we surveyed in high stress organizations because of the high demands placed on first year students and the relatively low control students have over testing, coursework, grades, etc. The performance pressure may be overwhelming to those who feel their peers or teachers might detect that they know less that they do and don’t belong there.

What do you see as the next steps in researching Imposter Syndrome?
Since the published paper in Family Medicine was a brief summary of our findings, we hope to expand upon what we found and find out what resources could be provided to students with Imposter Phenomenon to help cope with their symptoms of anxiety, isolation and depression.

What should be some reasonable remedies since the study has shown that Imposter Syndrome is “responsive to intervention?”
Initially, normalizing the existence of the phenomenon goes a long way to providing relief. Students need to feel that they are not alone in experiencing these feelings. While many celebrities have admitted to having Imposter Phenomenon and “faking it till they make it,” medical school is a particularly difficult environment to admit weaknesses of any kind.  Changing the culture is another way to improve the outcomes of these students. The paper discusses further interventions, such as curriculum changes, that may make a difference in the experience of susceptible students. We are hoping to follow up with an article on remedies that have been successful in medical and other high-stakes learning environments, and survey medical schools to share ideas on how to address this issue.