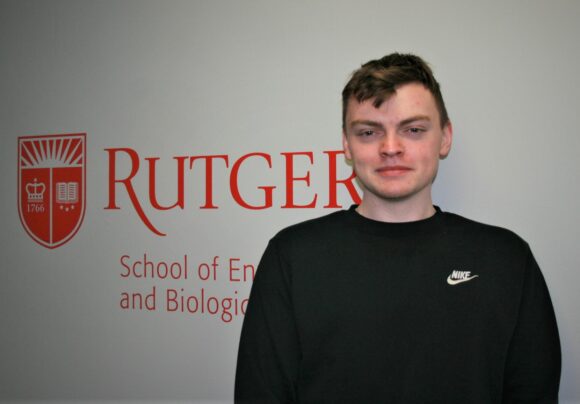 For Environmental and Business Economics major Nick Brennan, Fall 2020 is the last semester for this graduating senior. With a January graduation date, Brennan surmises that instead of his long-anticipated final walk out of his very last exam in December, it will instead be replaced by “the last Zoom call I leave, or the last tab I close.”

Despite the different scenario that COVID-19 has imposed on many of the milestones in our lives, Brennan considers himself fortunate as he is entering the workforce well-positioned to step in highly prepared for the business world.

Brennan chose his major in environmental and business economics at Rutgers School of Environmental and Biological Sciences (SEBS) for the breadth the program offered. “It is constructed to learn the most about the world of politics and world of business” he said, “with a lot of different topics covered in classes and incorporating real-world practicality.”

With focus and determination, Brennan has equipped himself to incorporate that broad scope into his studies. He chose Critical Intelligence Studies as his minor – a relatively new interdisciplinary program in the School of Arts and Sciences that enables students to use a range of information to understand sources of risk and how to apply their understanding to enhance domestic and global security.

Business and politics extended into his extra-curricular activities as well. He was very involved in student government, having served as president of the SEBS governing council and as a member of the Rutgers University Student Assembly as the external representative for the council. Working for Rutgers-TV provided him with a business opportunity to run ad-sales for the network and gain experience in sales.

He further rounded out his experience with a week-long internship on a research project he arranged through a family member for spring break of 2019 when he went to Spain to work for Zartis - a digital services provider with offices across Europe. Zartis contacted him again later to produce some podcasts for them, a project he began in the summer and is almost completed. 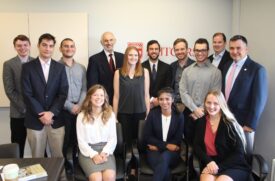 An opportunity to further enhance this broad perspective came when Brennan was accepted into the Clearing Corporation Charitable Foundation (CCCF) Agribusiness Scholars Program in his junior year. This unique opportunity provides selected students with the applied knowledge, leadership qualities, analytical skills, and experiences required for successful careers in the domestic and global agribusiness sector. The program is led by associate professor Stephen Komar, Rutgers Cooperative Extension director Brian Schilling and CCCF director Ira Polk – who, in addition to CCCF’s financial support, also gives his time and talent by extending his network, knowledge, wisdom and insight to the students.

Brennan reflects, “The Ag Scholars program has been a seminal moment in my college career to be able to join a program that gives and supports students to be able to accomplish your goals. I think the Ag Scholars program provided the classroom program that allowed people to learn and work in an environment that really prepares you for the real world of business.” He added, “A lot of the business savvy that I got from that class—I’d say it’s one of the most impactful classes that I had at Rutgers—the management principles of how to maintain yourself, how to pull yourself together, how to deal with stressful situations. Ira Polk was always trying to push us and challenge us, I think that really shapes the expectations of the real world; because nothing is ever going to be perfect, but the goal is to try.”

Brennan’s solid foundation that he also recognizes as key to his growth and success in his undergraduate studies was not only from his experiences in the classroom, but heavily influenced by the relationships he forged with his professors.

Beginning in his freshman year, his professor for microeconomics and marketing, Ned Lipman had a marked influence. “Professor Lipman was one of the most important professors that I had. He changed my life, not something you can say about a lot of professors or people for that matter. He made me extremely engaged in the work that I was doing and constantly challenged me, but more importantly he made me believe in the work that I was doing and to follow through on opportunities, not to squander them.”

His Ag Scholars professors also had a great influence. “I don’t think I can understate the importance of Professors Komar and Schilling,” Brennan commented, “they are some of the most insightful and best professors that I have had. They are personal and have taught me the most about moving on in the world beyond college. I’ve never been the biggest fan of the classroom, but they always made me excited to join them. I don’t think I’d be in the position I’m in without Professors Komar and Schilling.” 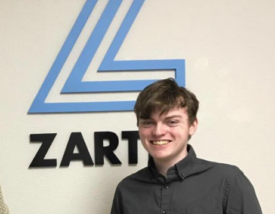 Brennan spent a week in Madrid as an intern at Zartis.

The sentiments are mutual, and Komar noted Brennan’s engagement. “Nick has taken a very strong interest in the interconnectivity of the agribusiness industry,” said Komar. “It has truly been inspiring to watch as Nick’s passion for learning and interest in world events and other key contributors to this diverse industry expanded his knowledge far beyond the classroom experience. Nick has honed not only his academic credentials but refined the intangible communication and business etiquette skills that will make him a leader in the agribusiness industry.” Komar added, “We often joked that both Dr. Schilling and I will undoubtably work for Nick in the not-too-distant future.”

As Brennan is poised to enter the world of business—he was offered a position at AT&T with their business–to–business sales team—he reflects on his experience at Rutgers School of Environmental and Biological Sciences. “I believe that my quality of education and the diversity of skill sets is unparalleled. SEBS is so unique in the diversity in range of people, academics, and opportunities that you can really turn to any other direction and learn more and more. I think for my major of environmental and business economics, I cannot understate the diversity of backgrounds that professors had. The ability to learn from each’s unique perspective has been extremely helpful toward my greater understanding of the world around me. It’s going to be important in my future as I move forward, and I don’t think I would be as well–equipped as I am today had I not been a part of SEBS.”