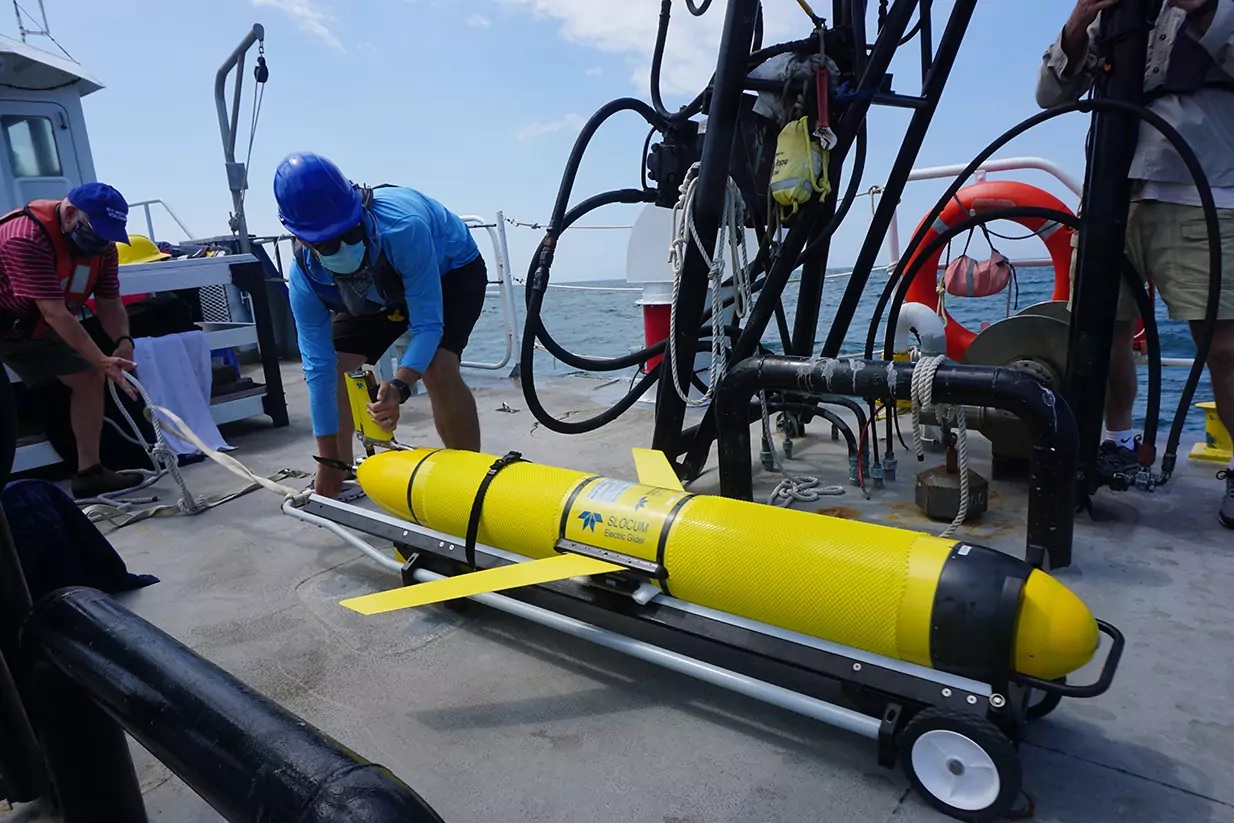 With the 2020 hurricane season officially underway, the Urban Coast Institute (UCI) partnered with a team of federal agencies and research institutions, including Rutgers University, to deploy a pair of Navy research gliders that will shed new light on the interactions between the ocean and powerful storms that pass through the New York Bight. 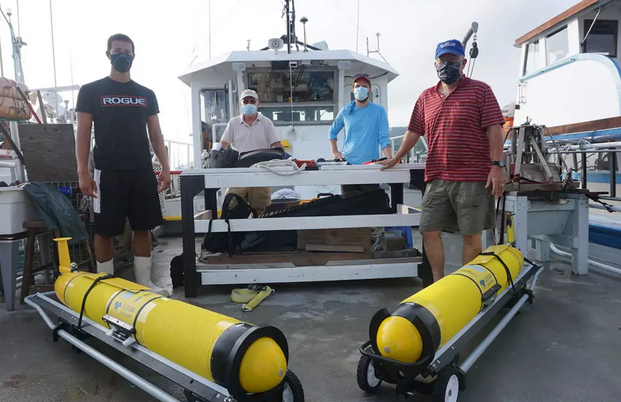 The gliders will cruise the waters between the continental shelf and the coast through late October, collecting data on water conditions and transmitting it to scientists on the shore. Of particular interest is the influence that cooler waters at the bottom of the ocean have on storms once they “upwell,” or rise to mix with warmer surface waters as the ocean churns. Warm waters are known to fuel hurricanes but the full degree with which colder waters slow and dissipate the storms is still under study. The gliders enable the researchers to safely measure those dynamics directly from the violent, roiling waters beneath a hurricane, and ultimately improve storm modeling.

The glider deployment was carried out under the auspices of the Mid-Atlantic Regional Association Coastal Ocean Observing System (MARACOOS). Several other gliders were launched at other locations along the Atlantic Coast as part of the multi-year project. Additional partners include the National Oceanic and Atmospheric Administration (NOAA), the Integrated Ocean Observing System (IOOS) and several other academic institutions.

This story first appeared on the Urban Coast Institute blog.