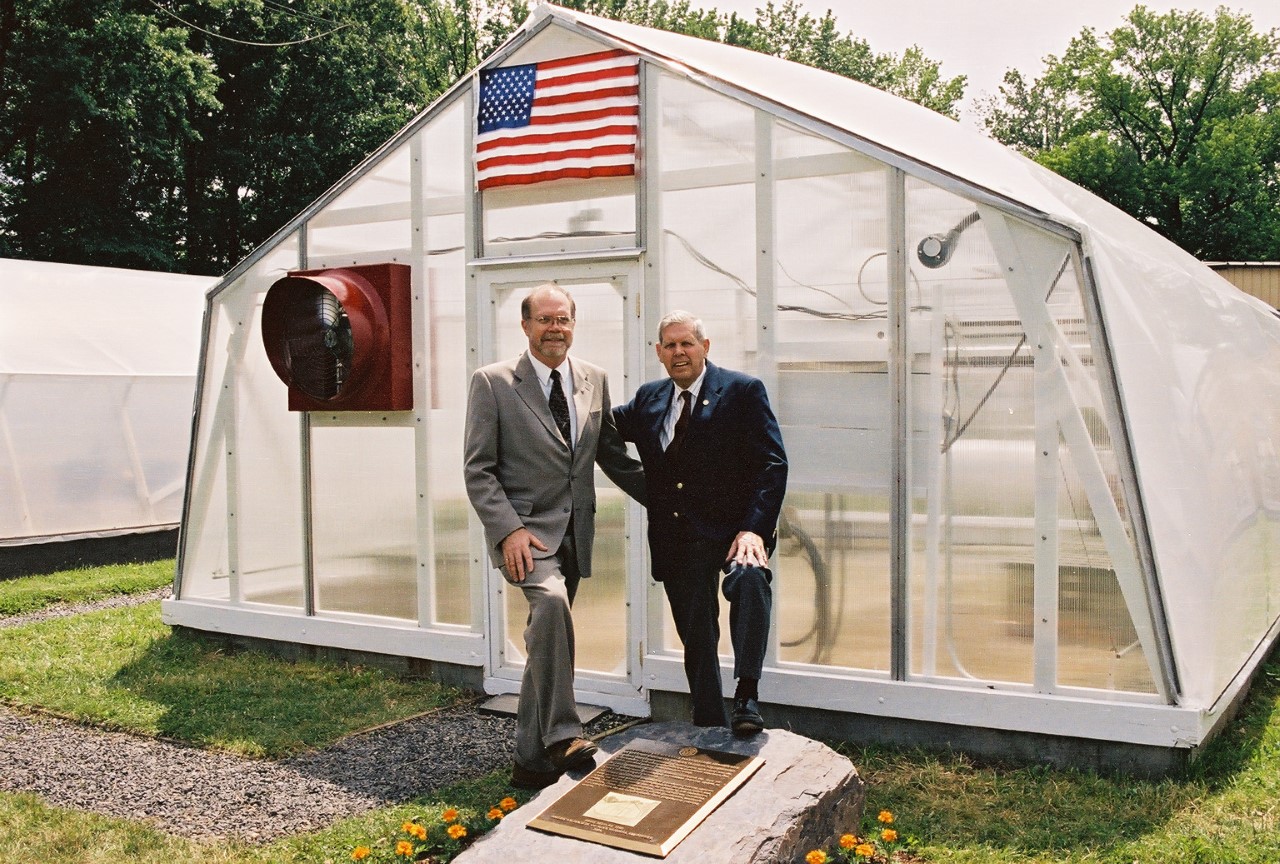 William “Bill” Roberts, at right, pictured with ASABE president Bob Gustafson at the entrance of the prototype air-inflated, double-polyethylene greenhouse on Cook campus that was named a historical national landmark in 2004. Photo: Alan Goldsmith.

William “Bill” Roberts, who had a distinguished 41-year career as an extension specialist in bioresource engineering at Rutgers, passed away on May 21, 2020. He was 88 years old. Roberts was among a small number of Extension faculty that achieved the level of Distinguished Professor, the highest professorial ranking at Rutgers.

He developed the first air-inflated, double-layer polyethylene greenhouse covering system, an innovation that, once developed for commercial applications, revolutionized the use of greenhouses worldwide and became a boon to the agricultural industry. Today, approximately 65 percent of all commercial greenhouses in the United States and globally use this air-inflated, double-glazing system. 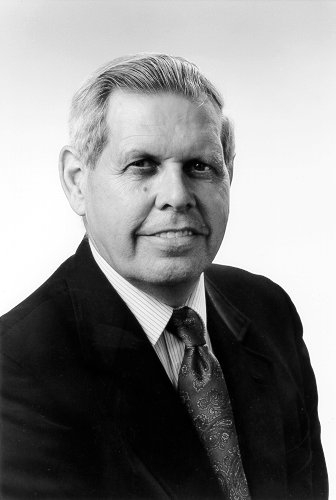 Roberts’ discovery began on Christmas Day 1964 when he used an aquarium air pump to separate two layers of plastic film in a model greenhouse he was building in his basement. He recalls his breakthrough this way:

“Everyone needs at least one good idea in their career and mine came in 1964. On Christmas morning when I was supposed to be doing something else I was in the basement building a model greenhouse. We had been installing two layers of plastic film on greenhouse structures to reduce the energy consumption by 35% and it was a tedious and labor consuming job; plus it was not very effective. After I had built my model and installed two layers of film on it, I took a small air pump used in fish tanks and rigged it so that air could be blown between the two layers of film. And as I saw it blowing up, I said, ‘Thank you Lord, this is the way to overcome many problems and reduce the tedious work of double glazing.’ The outer layer inflated outward and the inner layer was forced down over the rafter supports creating an air space and giving rigidity to the two layers so that under normal wind conditions the plastic would not flap and move in the wind like a sheet hanging on a clothesline. It all clicked in my head as the way to go.”

Roberts’ concept was successfully applied to a greenhouse on the Cook campus, the first such prototype structure, which in 2004 was designated a Historic Landmark by the American Society of Agricultural and Biological Engineers (ASABE). It was essentially a wooden frame structure designed for the width of polyethylene sheeting available at the time. A small commercial air blower was used in place of the fish tank pump. Researchers noted that not only was there a significant reduction in the required construction materials and labor, but the tension in the film from the slight air pressure reduced film flexing and flapping in the wind. This, in turn, reduced the likelihood of tearing, thereby increasing structural reliability and extending film life.

Roberts designed wooden greenhouse frames of several sizes to match the available widths of polyethylene film, as well as a pipe frame structure and a pipe bender to assist in the hand-bending of the hoops. He also developed greenhouse engineering plans and drawings, which were part of a USDA-supported service consisting of contributions by land-grant universities and their Extension personnel, thereby providing construction blueprints for growers.

The early popularity of Roberts’ designs and their rapid commercial acceptance were due primarily to their low cost relative to conventional greenhouses glazed with glass or fiberglass. The insulation properties of the inflated air space in the “double plastic” greenhouses reduced heat requirements by over a third, further reducing costs to growers. The commercial application of the air-inflated, double-layer polyethylene film system spread as several manufacturers developed steel and aluminum frame structures for multi-span and single-span greenhouses, which could effectively use the double-layer plastic film system.

Roberts’ innovation, along with the contributions of the commercial growers who took risks as early adaptors, helped the spread of this technology into commercial agriculture. Roberts and colleagues continued to work on further advances in greenhouse technology, including solar heating systems, movable thermal insulation screens and in-floor, root zone heating systems.

In 2007, Roberts received the “Lifetime Recognition of Distinguished Leadership” award from the School of Environmental and Biological Sciences and the New Jersey Agricultural Experiment Station. Among many other accolades, Roberts was honored in 2010 with the New Jersey Agricultural Society’s (NJAS) Gold Medallion, which is widely viewed as the highest honor in New Jersey agriculture. In making the presentation, then NJAS president, Brian Schilling, who is the current Director of Rutgers Cooperative Extension, noted that “Professor Roberts sets a high bar in Cooperative Extension, and one many of us aspire to reach.”

Schilling lauded Roberts’ contributions to Rutgers and to agriculture, in general. “As an Extension Specialist, Roberts devoted himself to innovative and practical research on greenhouse materials and designs, including solutions for better heating and environment control. His research was guided by the goal of developing cost-effective and energy efficient approaches for achieving optimal controlled environment agriculture.” 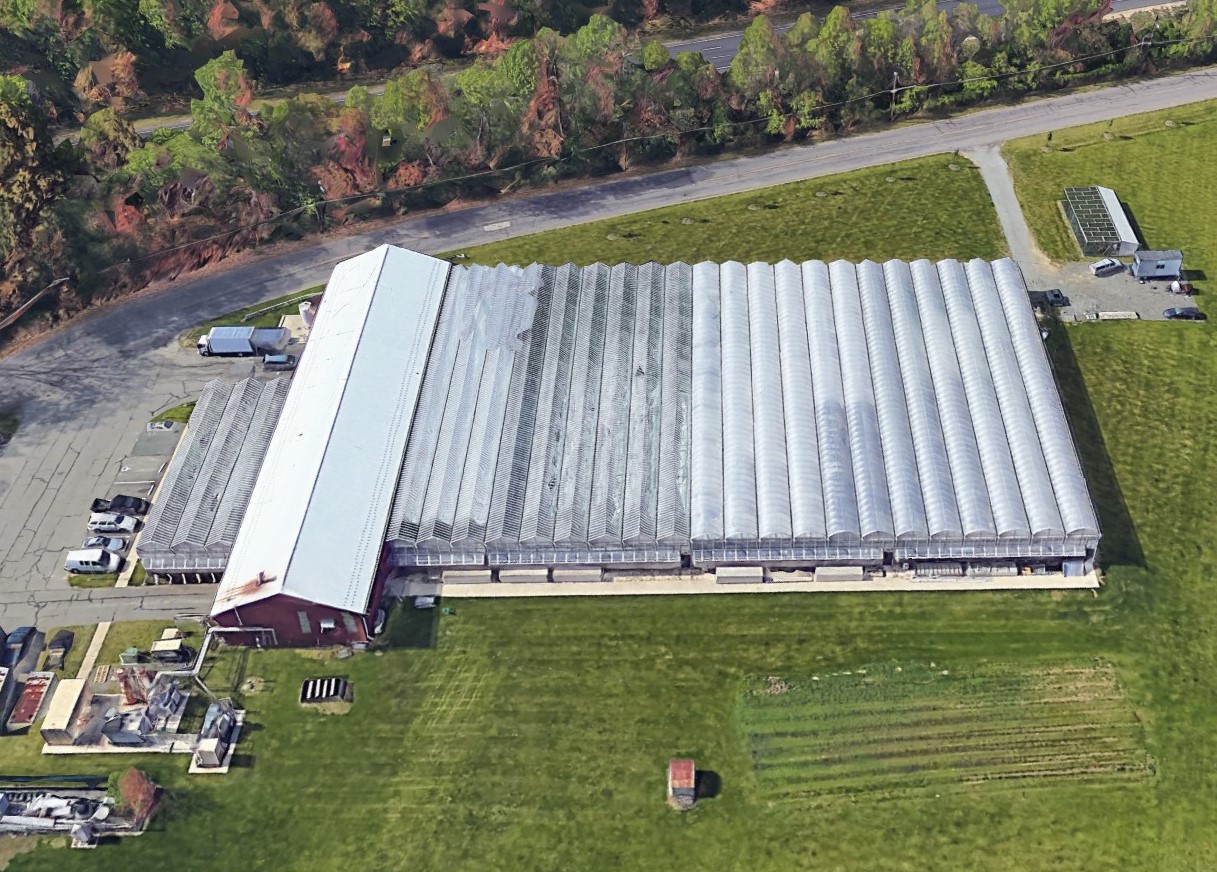 Aerial image of the one-acre EcoComplex greenhouse that was designed by Bill Roberts and colleagues from the former Department of Bioresource Engineering.

Roberts earned both a bachelor’s and a master’s degree in agricultural engineering from Rutgers before joining the university as an assistant professor in 1958. He became an extension specialist in 1963, a position he held until his retirement in 1999. Roberts served as department chair for 23 years between 1971 and 1993.

Read more about the extraordinary life and achievements of William “Bill” Roberts in this obituary.