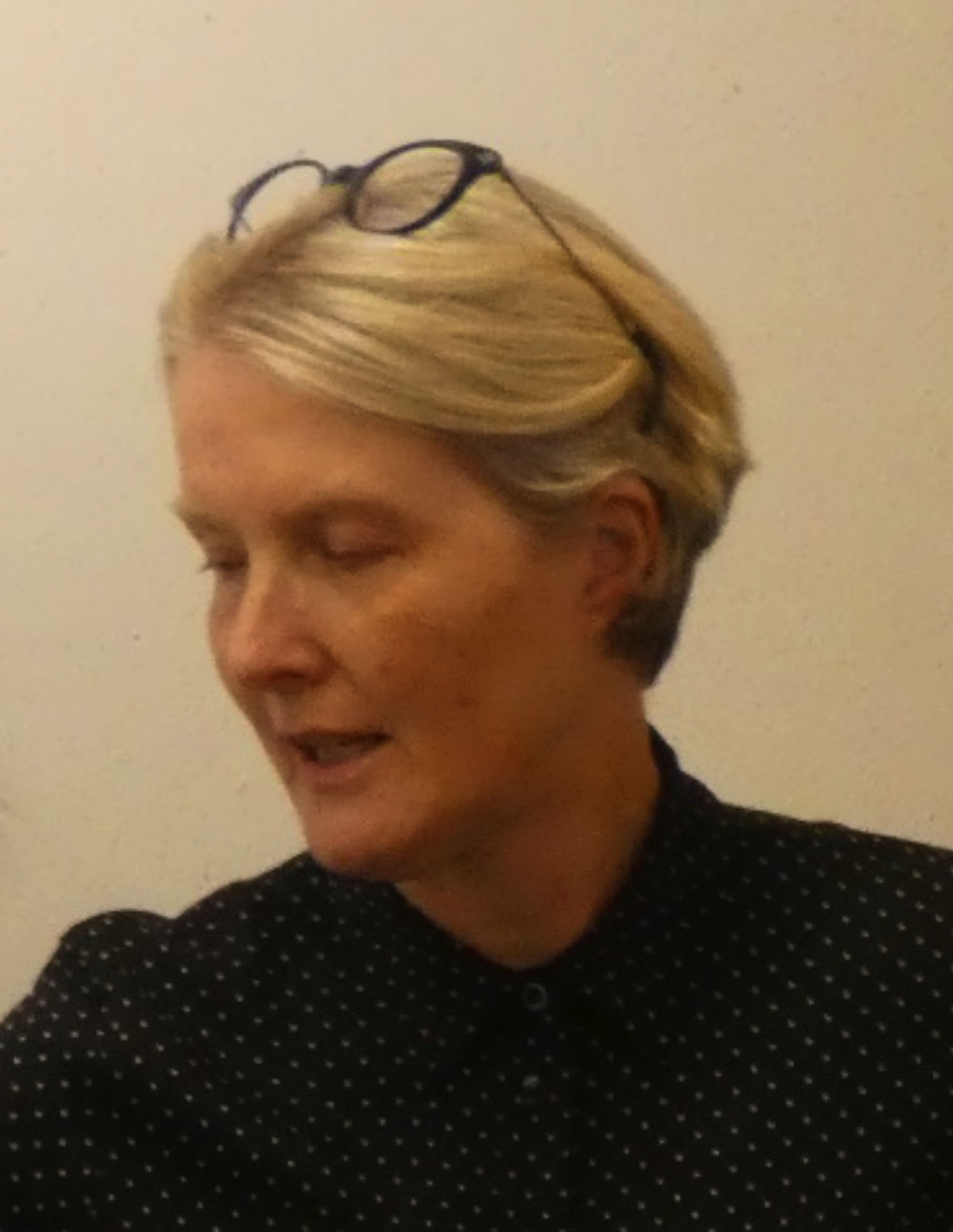 Kathleen John-Alder, associate professor in the Department of Landscape Architecture.

Kathleen John-Alder, associate professor in the Department of Landscape Architecture at the School of Environmental and Biological Sciences (SEBS), is the author of Ian McHarg and the Search for Ideal Order, which was published in November 2019. A practicing landscape architect with degrees from Oberlin College, Rutgers University and Yale School of Architecture, John-Alder’s scholarly research bridges disciplinary boundaries in an effort to explore the transformative role of ecology and environmentalism in the discourse of mid-20th century landscape design and its impact upon contemporary practice.

John-Alder shared her thoughts about writing this book about McHarg’s seminal work and influence in the field of landscape architecture in this Q&A with the Newsroom.

What inspired this book, and why now?
Ian McHarg was a skilled designer, prolific writer and influential teacher, and by many accounts, the most famous landscape architect of the 20th century. His notoriety was due in large part to his 1969 environmental manifesto, Design with Nature. In this text, case studies detail a meticulous method of investigation that requires designers to deconstruct and map the landscape’s physical and cultural patterns prior to formulating a response. As a scholarly enterprise, this approach provides a basic understanding of the biophysical history of the land, and links design to science, facts, and observation. As an applied, problem-solving practice, it is question oriented and requires designers to select, evaluate, and compare, which makes the procedure malleable and somewhat ambiguous in objective. The book also captures the confidence of the era — its material prosperity, technological marvels, and optimism — as well as the attendant realization that the unanticipated by-products of this brash sense of power, characterized by rampant consumerism, industrial pollution, and loss of contact with the natural world, jeopardized the future. 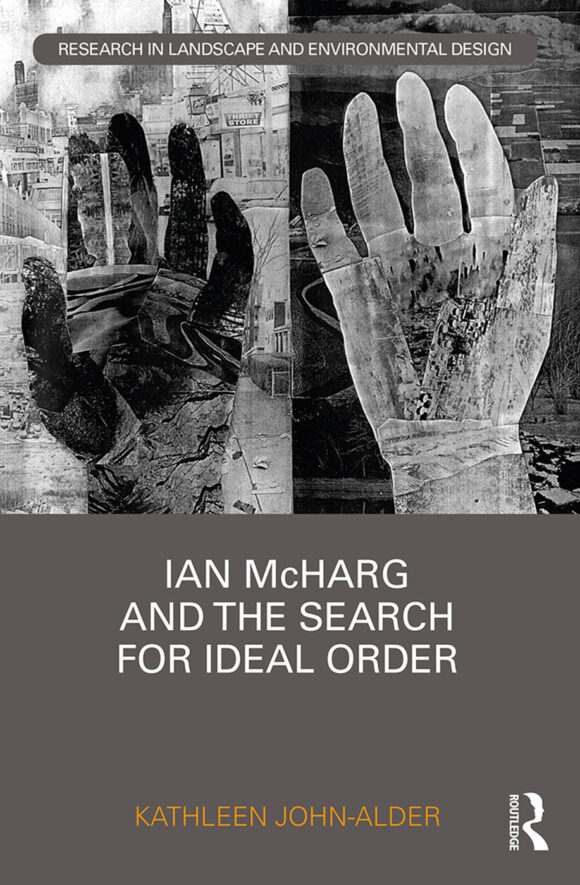 Similar to the argument presented by Rachael Carson in Silent Spring, McHarg wrote Design with Nature to highlight the importance of natural rhythms and processes in daily life, and to explain the dire consequences when they were destroyed.  And like Carson, he called on values deeply ingrained in the American consciousness to illustrate what was at stake before the county thoughtlessly edged into environmental catastrophe. There is a clear congruence between this message and the current discourse on Anthropogenic climate change, and this similarity caused me to wonder if McHarg’s methods and message were still relevant or woefully outdated. My subsequent exploration ultimately led to the publication of this book.

What methods did you use to research the book and how did this enrich your understanding of an important moment in the history of landscape architecture?
To unravel the details of McHarg’s career and design agenda, I immersed myself in the history of mid-20th century design and spent months scouring the archives of the University of Pennsylvania and the Rockefeller and Ford Foundations. I read papers housed at the Library of Congress, studied project drawings and reports, and talked to former colleagues and students. Needless to say, I uncovered little known aspects of his career, but one of the most intriguing, and unexpectedly rewarding, aspects of my research involved discussions with individuals who worked with McHarg in the 1970s on the design of Pardisan, an environmental park (unbuilt) located in Tehran, Iran, and financed by the Shah of Iran. Pardisan, a term derived from the cognate of the Greek paradeisos and the Arabic term for many, was a garden retreat, a science center and the headquarters of Iran’s newly formed Department of Environment.

In keeping with the political mandates of its royal benefactor, it also served as an emblem of post-colonial modernization that superseded national and religious boundaries and positioned Iran, and by extension the Pahlavi regime, as a progressive leader in sustainable development. Unfortunately for McHarg, national politics and religion proved stronger than his boundary-toppling dream of global ecological order. The Iranian Revolution forced the abandonment of the project and McHarg was forced to leave the planning firm he co-founded, which brought an end to the most innovative period of his career.

Explain the reference to ideal order in the title of your book. What was McHarg’s definition of order and how does this relate to the way people perceive the world (land) and act toward it?
McHarg conceived of order as an act of everyday social reproduction that promoted inclusive communities and pleasurable environments. As his career progressed, and his projects increased in scale and complexity, McHarg’s desire to understand and organize the objects and events of everyday life, evolved in parallel with his spatial explorations and became an all-encompassing design theory that embraced natural history, cultural history, social science, ethics, and aesthetics. There was also a messianic component to his vision that prompted him to conceive of order as an ideal way to live in world. Order, in this sense, as I state in the book, was a practical action and an act of faith. These same ideas are reflected in his concept of nature, which he defined, on one hand, as a natural process that could be isolated, divided into manageable pieces, quantified, and put to good use, and, on the other hand, as a life principle that existed in a deified realm beyond scientific substantiation. For me, the tension between these two ways of seeing and knowing, even more than the planning methods McHarg promoted and popularized, make his work truly fascinating and worthy of study.

Does this differ in any way from current practice?
McHarg insisted that people live commensurately in the world, i.e., they could take advantage of the resources and opportunities afforded by the environment, but to survive and prosper, their actions had to be physically and socially constructive rather than disruptive. This insistence on, or perhaps it is better to say, belief in some type of cooperative transaction between human need and the ability of the environment to provide those needs continues to be a critical topic in design theory and practice.  The politics and language of this debate have changed in the past fifty years — it is now more inclusive and it embraces the urban environment, social diversity, and the agency of non-human systems — but the fundamental issues remain as contested as they were in the mid-20th century.

McHarg’s environmental agenda also raised a perplexing problem that continues to frustrate contemporary practice, and this relates to the question of purpose: Who and what are we designing for? Why do seek order? What actions achieve the ends we seek? And can we admit, as the theorist Jane Bennett argues, the world designers seek to organize contains geological, biological, climatic, social, and political forces, which by their very nature and complexity, contain emergent properties that resist control? McHarg, at his most honest, acknowledged the world would never be completely known and design would never address all of the environmental issues he sought to resolve. And yet he never gave up trying. Both truth and self-deception are at play here, which makes his quest for order eminently human in the sense that it embraces all the dreams, aspirations, and self-deceptions essential to the nature of design. For me, this combination of certainty and uncertainty has made, and will continue to make design practice amazingly challenging, productive, frustrating, and hopeful.

McHarg incorporates ecology into his work, an idea that seems to be avant-garde for the time. Who influenced his definition of ecology, and why did he think it was important?
A major impetus for McHarg’s turn to ecology came from the 1955 conference Man’s Role in Changing the Face of the Earth, held in honor of the 19th-century statesman and natural historian George Perkins Marsh and the centennial publication of Man and Nature; or Physical Geography Modified by Human Action. In this text, Marsh, for the most part, presented human acts toward the land in less than stellar terms and correlated the advance of Western civilization with denuded forests, soil erosion, and degraded water supplies. A few years later, in 1959, McHarg developed a seminar course to advance the conservation principles of Marsh. Prominent individuals from the sciences and humanities, like Loren Eiseley, Arnold Toynbee, Julian Huxley, Paul Sears, Harlow Shapley, Theodosius Dobzhansky, Lewis Mumford, Margaret Meade, Paul Tillich, Alan Watts, Eric Fromm and Kenneth Rexroth, provided lectures. Each of these individuals supplied information that could be applied to design, but three lectures—one on plant community dynamics, one on territorial dynamics in animal populations, and one on ecosystem energy transfer—by the ecologist Robert MacArthur proved fortuitous. 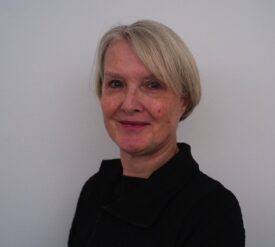 The principles of ecology that this young, and at the time little known member of the scientific profession presented to the class became key components of McHarg’s theory of environmental design. Following these lectures, McHarg incorporated habitat partitioning, adaptation, entropy, stability, dominance, and diversity into the language of his arguments. Correspondingly, he began to consider land planning in terms of pattern distribution, signal transmission, and territorial dynamics as he sought to understand how the forces, elements, events, and organisms that constitute the environment adjust to each other, as they, in turn, respond to new circumstances.

Was there also a political agenda to his work?
Definitely. McHarg worked on important projects for the administration of President Lyndon Johnson, including a development plan for the Potomac River watershed and an associated landscape master plan for Washington, D.C. Not surprisingly, this work aligned with the policies and dictates of the great society outlined by Johnson, and its dual agenda of economic development and resource protection. McHarg was more than willing to contribute to this agenda, and make it achievable through sustainable resource use. In other words, production systems had to supply the requisite consumer goods and they had to conserve the natural resources that enabled and maintained the production of these goods. Moreover, the conventional wisdom of the era indicated American affluence, and by extension its preeminence in world affairs, necessitated the public funding of infrastructure and education, which, needless to say, benefited his profession and firm, as well as the country. Although idealistic in tone, this work was all about defining the achievable rather than the perfect, and this required compromise and trade-offs. Many of his planning studies correlated social and economic opportunities to health and longevity, and they illustrated that not everyone shared the same advantages in this regard. Unfortunately, and this was the political trade-off he accepted to achieve his environmental objectives, the resultant solutions tended to benefit the white, middle-class.

What is the contemporary relevance of McHarg’s work? Do you see any connection of his landscape architecture planning and design thesis to SEBS?
There is certainly a link between McHarg’s study of watershed management, regional development, and resource consumption, and the research and teaching conducted at SEBS. But equally important, landscape architecture is an applied practice with the technical skills to spatially, and with unapologetic aesthetic creativity, implement the scholarship conducted at SEBS. I bring this up because most people don’t really know what landscape architecture is and what landscape architects do: they usually equate the practice with planting design and gardens. But there is much more to the profession. Landscape architecture equitably shapes the landscape for human use, and it considers natural resources and sustainable building practices, as well as social, cultural, and behavioral factors in design decision-making. The following sentence, from the mission statement of my department explains what I mean: landscape architects “think across scales and see human and ecological systems as interconnected. This positions landscape architects as leaders of interdisciplinary teams of planners, engineers, ecologists and social scientists who will explore solutions to the formidable problems of our time—climate change, demographic shifts, income inequality, food scarcity and health—and make our world more sustainable, viable, just, inclusive,and beautiful.” Now, if you replace the words “landscape architects” in this decidedly grand and aspirational statement with the words “SEBS faculty and students,” the natural synergy of landscape design with environmental and biological science, and the important role of SEBS within Rutgers University, become readily apparent.