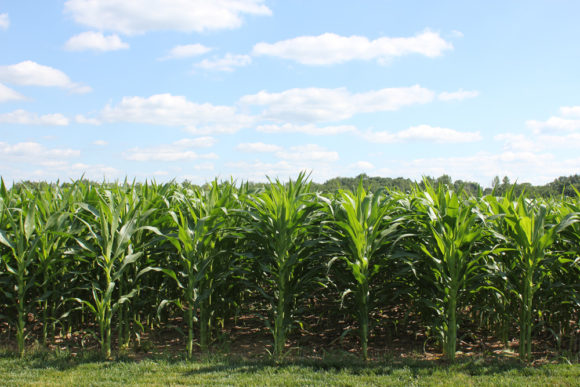 A war between India and Pakistan using less than 1 percent of nuclear weapons worldwide could lead to the worst global food losses in modern history, according to a Rutgers co-authored study that is the first of its kind.

Sudden global cooling from a limited nuclear war along with less precipitation and sunlight “could disrupt food production and trade worldwide for about a decade – more than the impact from anthropogenic climate change by late (21st) century,” the study says.

While the impacts of global warming on agricultural productivity have been studied extensively, the implications of sudden cooling for global crop growth are little understood, notes the study in the journal Proceedings of the National Academy of Sciences. 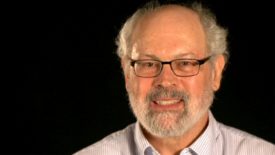 “Our results add to the reasons that nuclear weapons must be eliminated because if they exist, they can be used with tragic consequences for the world,” said co-author Alan Robock, a Distinguished Professor in the Department of Environmental Sciences in the School of Environmental and Biological Sciences at Rutgers University–New Brunswick. “As horrible as the direct effects of nuclear weapons would be, more people could die outside the target areas due to famine.”

Robock co-authored a recent study in the journal Science Advances estimating that more than 100 million people could die immediately if India and Pakistan wage a nuclear war, followed by global mass starvation. The study focused on a war scenario that could occur between the neighboring nations in 2025, when they could have a combined 400 to 500 nuclear weapons.

For the new study, scientists used a scenario of 5 million tons of black smoke (soot) from massive fires injected into the upper atmosphere that could result from using only 100 nuclear weapons. That would cool the Earth by 1.8 degrees Celsius (3.2 degrees Fahrenheit) and lead to 8 percent lower precipitation and less sunlight for at least five years.

Scientists included those climate changes in computer simulations by six different crop models for four major crops that account for 90 percent of global cereal production in terms of calories. The scientists found that corn calorie production would fall by 13 percent, wheat by 11 percent, rice by 3 percent and soybeans by 17 percent over five years. Total first-year losses of 12 percent would be four times larger than any food shortage in history, such as those caused by historic droughts and volcanic eruptions.

Analyses of food trade networks show that domestic reserves and global trade can largely buffer the loss of food production in the first year. But multiyear losses would reduce domestic food availability, especially in food-insecure countries.

By year five, corn and wheat availability would decrease by 13 percent globally and by more than 20 percent in 71 countries with a total of 1.3 billion people. Corn production in the United States and Canada – representing more than 40 percent of global production – would drop by 17.5 percent.

Robock said the scenario with 5 million tons of smoke was developed more than a decade ago. Scientists now think that 16 million tons of smoke could arise from a nuclear war between India and Pakistan since they now have more and bigger weapons and their potential targets are larger. This means the impacts could be three-fold larger.

Next steps include analyzing the impacts of more scenarios, including those generating more smoke. Scientists also want to study the economic impacts in greater detail, including food hoarding by countries and refusals to trade it. They will also look into other impacts of nuclear war, using more models and studying more crops, extreme cold snaps and greater fluctuations in ultraviolet light.