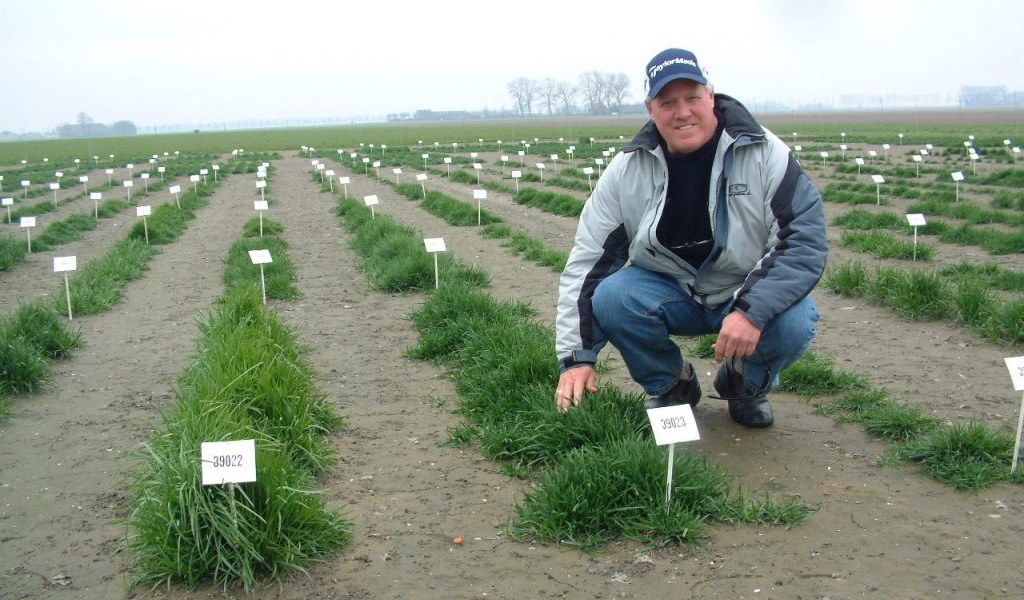 William Meyer, professor in the Department of Plant Biology and the inaugural C. Reed Funk Endowed Faculty Scholar in Plant Biology and Genetics at Rutgers, is the 2020 United States Golf Association Green Section Award recipient for his work in sustainability through agronomic advancements.

Presented annually since 1961, the USGA Green Section Award recognizes an individual’s distinguished service to the game of golf through his or her work with turfgrass, including research, maintenance and other areas that positively impact the landscape upon which golf is played.

For more than 47 years, Meyer has made a significant impact on the turf industry through his turfgrass breeding work, which focuses on developing grasses for golf and other playing surfaces that are resistant to adverse factors. Since 1996, he has led the Rutgers turfgrass breeding program at the Rutgers Center for Turfgrass Science, where he serves as associate director. The center has released more than 400 turfgrass cultivars and his impact on the industry is captured in this video produced by the USGA.

In addition, Meyer has influenced all levels of the industry at the national and international levels through seminars, research papers and trade publications. He holds three degrees from the University of Illinois, including a bachelor’s in horticulture-turf, and master’s and doctoral degrees in plant pathology. Over the course of his distinguished career, Meyer has led research for two commercial turf seed companies, been president of his own turfgrass breeding company, and taught at the graduate level in the Department of Crop Science at Oregon State University.