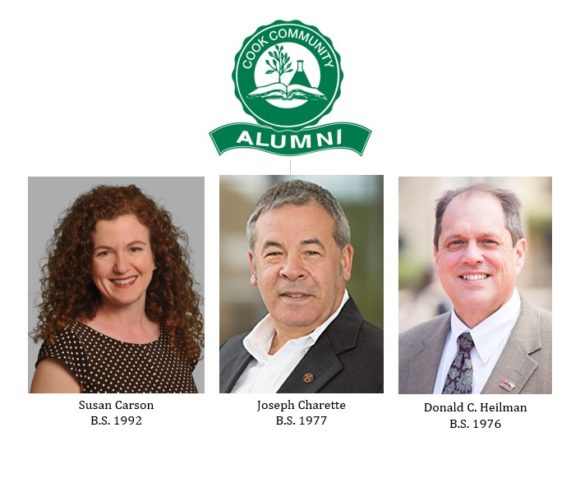 The award, established in 1976, commemorates the life of George Hammell Cook (1818 – 1889) whose efforts helped to bring Land Grant College status to Rutgers and to create the New Jersey Agricultural Experiment Station. Dr. Cook’s inquisitive and results-oriented spirit remains active in the ideals embodied by the Cook community, which includes the School of Environmental and Biological Sciences and the George H. Cook campus. This award is presented annually to an alumnus or to alumni whose outstanding accomplishments in professional or volunteer work reflect dignity and distinction on their alma mater. The Cook Award is the highest honor presented by the Cook Community Alumni Association to undergraduate alumni.

Dr. Sue (Beigel) Carson is professor of Plant & Microbial Biology at North Carolina State University. She graduated from Cook College in 1992, with a B.S. in Biotechnology. She began her undergraduate research in Dr. Gerben Zylstra’s lab, where she went on to perform her George H. Cook Senior Honors Thesis.

Carson embodies the best of the teacher-scholar attitude that the faculty at Cook College/SEBS incorporate in their own teaching and research programs. In 1999, Carson earned her Ph.D. in Microbiology from the University of North Carolina at Chapel Hill.  She then took a “teaching postdoc” position at North Carolina State University.  Her position was supported by a special NSF grant that mentored postdocs to become teacher-scholars.  After only one year in that position Carson was hired as an instructor in the NCSU Biotechnology program. She then worked her way up the academic ladder, acting as the Biotechnology Academic Coordinator and being promoted to teaching assistant professor, teaching associate professor, and associate professor with tenure.

Carson is also the director of TH!NK, an NC State initiative that is designed to cultivate students’ higher order skills in critical and creative thinking. Prior to leading TH!NK, she spent over ten years leading curriculum development for the NC State Biotechnology Program as its academic coordinator. Her scholarly work over the last ten years has focused on college-level biology education. She has received multiple awards for teaching excellence and innovation and is a member of the Howard Hughes Science Education Alliance, promoting and implementing inquiry-guided learning and authentic research in the undergraduate classroom laboratory. Carson co-authored two molecular biology lab manuals, and has published numerous peer-reviewed papers in the area of course and curriculum development. She has mentored over 100 undergraduate students in research projects and is the PI and director of the NSF-funded Integrative Molecular Plant Systems Research Experience for Undergraduates (REU) Program. Carson serves on the Leadership Council of the National Science Foundation BIO REU, and has served on the Board of Directors of the Wake County Beekeeping Association. 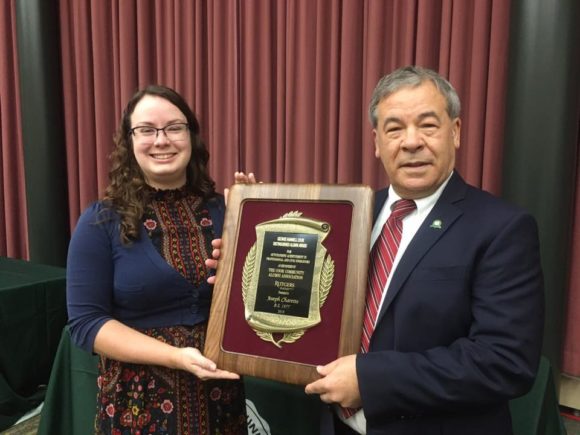 Joe Charette is the current executive director of Rutgers Dining Services, and has been for the last eight years, working his way up through the ranks here at Rutgers. Since 1989 Charette has been a leader in innovative food programs for dining halls at Rutgers, and is now seen as a national expert in this area.

A graduate of Cook College in 1977, Charette earned his B.S. in Environmental Science. After gaining valuable experience in some of the finer restaurants in Washington D.C.’s Georgetown area in the late 70’s, he wrote the menus and wine lists for several privately owned upscale restaurants in Colorado. He later opened and managed restaurants in New Mexico, Arizona, and New Jersey.

Charette and his wife Debbie have been married for 36 years.  They live in Jackson and have two sons, Joseph and Anthony. 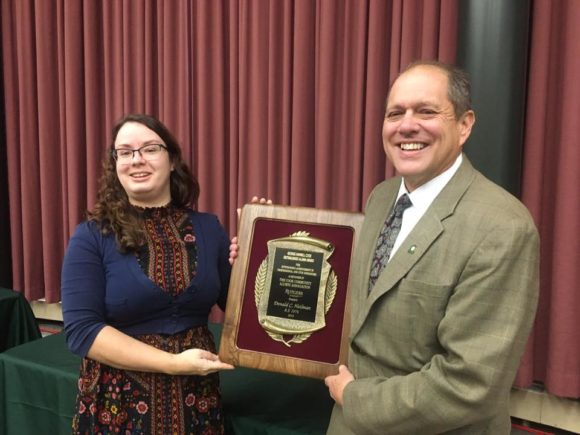 Graduating in 1976 with a B.A. in Anthropology, Don Heilman went on to earn his J.D. from Seton Hall University School of Law. He practiced as a civil trial attorney for nineteen years. In 2003, Heilman shifted his career focus, earning his Master’s (2007) and then Doctorate of Education from Rutgers Graduate School of Education in 2012.

Starting in 2004 as the director of the Rutgers University Student Legal Information Center found in back of Nicholas dormitory, Heilman is now the director and attorney for the Office of Student Legal Services, which he helped to create. The office is dedicated to helping provide students with legal services, while also creating educational outreach programs and internship opportunities.

At the University level, Heilman has been an academic advisor, taught classes for both graduate and undergraduate courses, and has been involved in the development and nurturing of several initiatives including the legal center and an assessment program for 50,000 Rutgers University students.

Heilman credits his wife Diane, his father, Donald Heilman Sr., and Dr. Lee Schneider for influencing his career aspirations, supporting his decisions, and helping along the way to his successes.