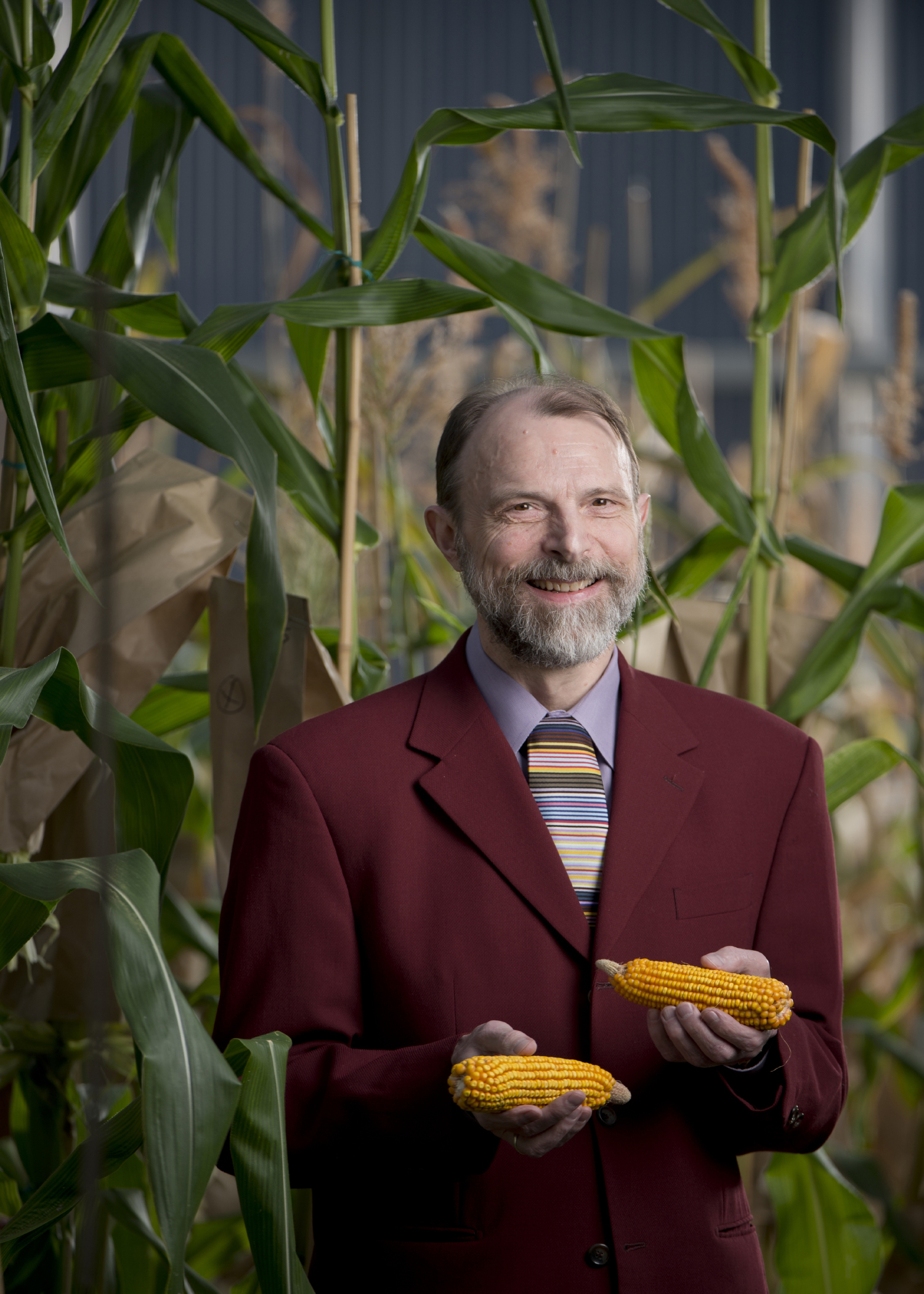 Dr. Joachim Messing, winner of the 2013 Wolf Prize in Agriculture by The Wolf Foundation of Israel.

Joachim (Jo) Messing, the Selman A. Waksman Professor of Molecular Genetics, University Professor, and longtime director of the Waksman Institute of Microbiology at Rutgers University, has died at age 73. Messing made pioneering and foundational contributions that underpin the modern fields of genetics, genomics, and evolutionary biology. He created the full suite of tools for “shotgun” sequencing of DNA, an approach that vastly empowered the advance of the genomic era of biology. The tools he created and distributed widely without restrictions put the sequencing of DNA in everyone’s hands and led to its automation and, in time, its industrialization. His work fueled both fundamental and applied applications that have been transformative globally in agriculture, medicine, and the basic sciences.

After undergraduate and post-baccalaureate studies in Germany, Messing arrived in the U.S. in 1978, just as the early science of modern molecular biology and the tools of recombinant DNA and cloning were coming into full bloom. He landed as a post-doctoral research associate at the University of California–Davis where he completed development–started in Germany at the Max Planck Institute of Biochemistry–of a complete toolkit, providing vectors that made cloning straightforward, primers, screening tools, bacterial strains, and computational methods needed for his innovative approach to DNA sequencing. At the time working with a team led by Bob Shepherd in plant pathology at UC–Davis, Messing then provided a powerful demonstration of his approach in the complete sequencing of an infectious clone of the double-stranded DNA of the plant retrovirus, cauliflower mosaic virus. 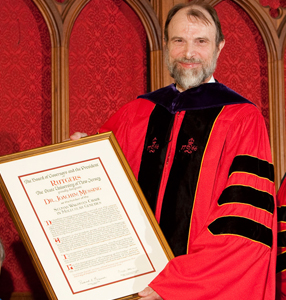 Joachim Messing at his investiture as Chair of Molecular Genetics at Rutgers in 2009.

Messing’s contributions enabled genome sequencing from viruses to tumors, from crop plants to humans. Industries have been built on the foundations that he laid. In the life sciences, every company from seeds to pharmaceuticals, every university research laboratory, and the work of thousands of entrepreneurs attracting billions in investment, owe their origins, their methods, their products, and their success to the inventive mind, the dogged work ethic, and the remarkable generosity of Jo Messing. He was the “world’s most cited scientist” of the 1980s, according to a 1991 report by the Institute for Scientific Information, an academic publishing service.

Messing was born in Duisburg, Germany, on September 10, 1946, to Martha and Heinrich Messing. He was the eldest of three children. His mother was a homemaker and his father, a mason, owned a construction company. Duisburg, a major industrial center in the German war effort, was severely damaged by Allied bombing. Life was not easy, but he was inquisitive and determined, and was the first in the family to go to college. This was also a time in which his love for travel blossomed, biking through England on his own at 16 and twice traveling around the world, reaching the World’s Fair in Osaka in 1970. While earning a bachelor’s degree in pharmacy (1965-1968), he worked at the Deutsche Opera am Rhein, developing this lifelong passion for opera. Messing studied pharmacology at the Free University of Berlin, earning a master’s degree (1968-1971). While there, he organized the First International Pharmacy Conference in Berlin after convincing Schering AG and independent pharmacies of Germany to provide the funding.

1971 was a pivotal year in Messing’s life. He met the love of his life Rita and he began his doctoral studies on the replication of DNA plasmids under Feodor Lynen and Peter Hofschneider at the Max Planck Institute for Cellular Chemistry in München. In 1975, he and Rita were married and he received his doctoral degree from the Ludwig Maximilian University of Munich in Biochemistry in 1975. He served as research fellow at the Max Planck Institute until 1978, when he moved to UC–Davis as a research associate. The same year, his son, Simon, was born. Messing joined the faculty at the University of Minnesota-Twin Cities as assistant professor of biochemistry in 1980 and, by 1984, was a full professor there. He arrived at Rutgers University-New Brunswick in 1985 as research director of the Waksman Institute of Microbiology and in 1988 became its director, the position he held at the time of his death on September 13, 2019. He became a U.S. citizen in 1994.

At Rutgers, in addition to his leadership of the institute, Messing made many important contributions to the university. He started and led departments, became an influential senior academic leader, and participated in innumerable ways that benefited and contributed to the university’s growth and stature. He saw the university’s creation in 2016 of the Joachim Messing Endowed Chair in Molecular Genetics, established to recognize, retain, and recruit molecular genetic scholars and researchers to teach at the institute.

He also led a highly productive laboratory of his own, focused in recent years on plant genetic improvement, notably the sequencing of the genomes of several crop species (maize, rice, and sorghum). His work contributed to improvement in nutrition, pest and disease resistance, and agronomic traits.

Messing’s life was one of many achievements and a few ironies. Amongst the latter was his attendance, at age 23, at a summer science conference in Lindau in 1970. A treasured remembrance from that conference is a now-faded photograph of Jo standing behind Selman A. Waksman, the winner of the 1952 Nobel Prize in Physiology or Medicine and a longtime Rutgers faculty member. It was with funds from the prize and other sources that Waksman built the first building of the institute that bears his name and of which Messing was the fourth director.

Messing is survived by his wife and life partner Rita, son Simon, daughter-in-law Lisa, and three grandchildren (Daniel, Lukas, and Henry). He is also survived by sister Angelika, a devoted staff, and many colleagues and friends.

In lieu of flowers, the family requests that donations be made to the Joachim Messing Memorial Fund by visiting support.rutgers.edu/MessingMemorialFund. For more information, contact Erin Sorge at 848-445-4256 or esorge@waksman.rutgers.edu.