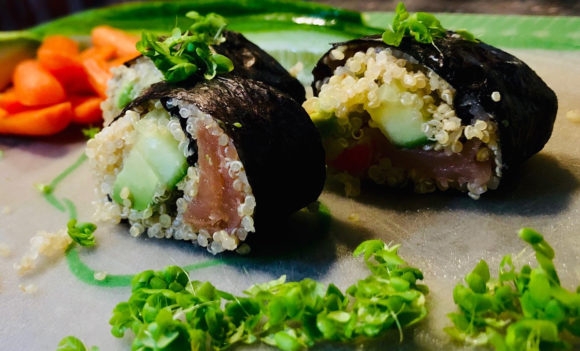 Climate change is threatening the world’s food supply and the risk of supply disruptions is expected to grow as temperatures rise, according to a new United Nations report co-authored by Rutgers human ecology professor Pamela McElwee. So, how would we feed everyone if the Earth’s population hits 9.7 billion in 2050 as projected?

Duckweed, the world’s fastest-growing plant, which has more protein than soybeans and is a traditional food source for people living in parts of Southeast Asia, could be one of the key solutions, according to Eric Lam, a Distinguished Professor in the Department of Plant Biology in the School of Environmental and Biological Sciences.

Lam is at the forefront of duckweed research and development at Rutgers, which has the world’s largest collection of duckweed species and their strains. 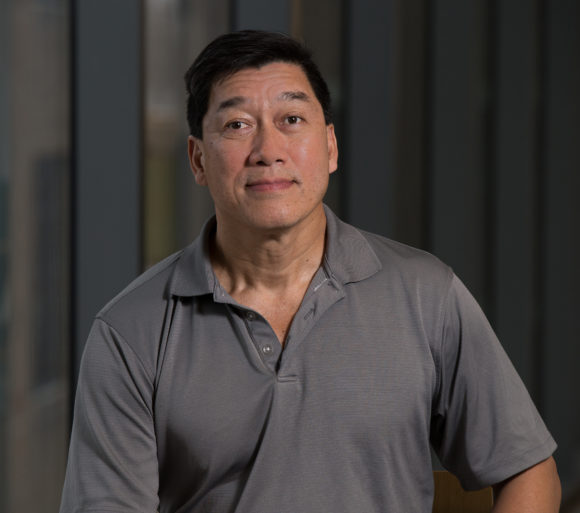 What is duckweed?
The duckweed family includes 37 species from locales all over the world. They’re tiny aquatic plants that float on water, they’re easy to harvest and they can grow on wastewater. Some strains have very high protein levels – up to 30 or 40 percent by dry weight. As such, duckweed is more nutritious than salad alone, which has good fiber content and vitamins but not a lot of protein. Some duckweed strains provide nutritional benefits, while others are used in traditional folk medicine. As its name implies, duckweed is eaten by ducks — as well as other waterfowl and animals — and behaves much like a weed: it multiplies rapidly, especially on water rich with nutrients such as nitrogen and phosphate.

How does duckweed taste?
It tastes quite mild in general, although some strains with higher anthocyanins – purple plant pigments with antioxidant activity – can have a slightly bitter aftertaste. Everyone in my lab as well as visitors have eaten it. For example, you can mix it with cottage cheese on a cracker or you can put it on your ramen noodles to add protein. I have eaten it with hamburgers and sandwiches as well. People in Southeast Asia, including in Thailand and Laos, harvest and know how to cook wild duckweed, and we are beginning to collect duckweed recipes from different sources worldwide.

What are you doing to develop duckweed farming?
We are developing a new plant production platform and it would be very different than traditional agriculture. In the past five years, my lab has worked to establish vertical farming using a hydroponics approach for duckweed. Hydroponics is when you grow crops in water-based media instead of soil, and duckweed is ideal for vertical farming that involves water-filled trays stacked on top of each other. You can have many layers of duckweed growing in the same footprint, and that’s ideal for urban farming. The fastest-growing duckweed strain can produce about 20 grams (when dried) per square meter per day using our current prototype. That’s about 1.4 million pounds per hectare (2.47 acres) annually – 50 times what you get from corn.

What are some of the factors to consider?
More people are moving into cities, farther away from traditional sources of food. A growing population in urban areas means we will have to change how we grow our food if we care about environmental sustainability and our carbon footprint. Local production of produce can minimize transportation costs and greenhouse gases linked to producing, shipping and storing food. We envision a new, paradigm-changing crop that is scalable, meaning you can grow it economically in small or large amounts, depending on demand and resources. A 30 percent increase in the Earth’s population by 2050 will require an estimated 60 percent increase in agriculture. That’s a tall order when you have no more arable land unless you cut down rainforests, which we don’t want to do.

Could the average homeowner grow duckweed?
You could have a mobile, eight-tray system on 1 square meter in your basement. Our working model is a very simple system with connected trays that relies on gravity for water flow. You would skim duckweed from the water, rinse it and put it in your refrigerator, where it can be good for up to three months without preservatives. People who don’t want to grow duckweed could soon buy a small container of it for $5 in their neighborhood stores.

What are the next steps?
Currently, we can produce duckweed at only about five times the amount of corn per acre of footprint (10 percent of the potential output) and we want to increase that number. We need to do more precision farming, which means working out the optimal nutrient conditions, light intensity and temperature to promote the fastest growth for a specific strain of duckweed. In addition, we are working on automated harvesting of duckweed, which can further cut the cost of production while enabling more vertical expansion and increase the scaling potential of the platform. To enable these developments, we have formed a commercial venture called Planet Duckweed that we hope can attract collaborators and investors to help speed up the engineering and marketing efforts.