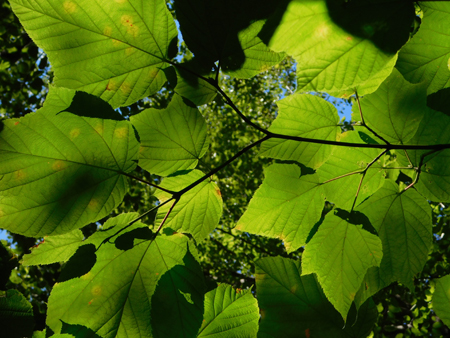 Although pollen has covered cars for weeks and allergy sufferers have been sneezing, we think of sex as being the realm of animals. But plant sex can be quite interesting, especially in species that can have male or female flowers.

More than 90 percent of flowering plant species combine both sexes in one plant. In the less than 10 percent of species where female and male flowers exist on separate plants, they typically remain female or male throughout their lifetime. But it isn’t always this simple.

In a study in the journal Annals of Botany, Rutgers University–New Brunswick researchers found that striped maple trees can change sex from year to year. A tree may be male one year and female the next, and while male trees grow more, female trees are more likely to die.

The study found that 54 percent of striped maple trees changed sexes over a four-year period, with some switching at least twice. Male trees usually outnumber female trees by more than three to one. Since the study started in 2014, 75 percent of trees that died were female. Since only female trees can make seeds, changes in the relative numbers of males and females might lead to reduced populations.

“We found that, contrary to previous scientific knowledge, unhealthy trees have a higher likelihood of being female, and the size of the tree doesn’t seem to influence what sex a tree is,” said lead author Jennifer Blake-Mahmud, a botanist who earned her doctorate at Rutgers and is now at Princeton University.

The striped maple (Acer pensylvanicum), a slow-growing species that reaches heights of about 30 to 50 feet, thrives at medium to high elevations along the Appalachian Mountains from Georgia to Nova Scotia, and is native to New Jersey. Although the ability for a plant to switch sex is incredibly rare, some other species are known to do so, such as the Jack-in-the-pulpit, an understory woodland plant that also flowers in the spring in New Jersey. In these cases, usually females appear to be healthier or larger since it takes more energy to be female and to produce fruits and seeds. 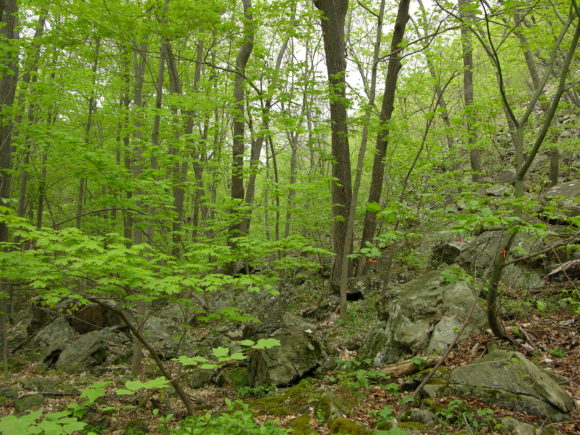 Understory trees like the striped maple, which grow beneath the forest canopy, can become less healthy for many reasons: insects chew on them, deer use them for antler rubs, large trees fall on them during storms or they can suffer through droughts.

Over longer periods, these stressful conditions may result in increasing numbers of females compared with males in striped maple tree populations. More females likely mean more seeds and more seedlings of striped maples. At first this might seem like a good thing, but that might not necessarily be the case. Since the female death rate is much higher than the male death rate, the number of trees in these populations may decline over the long-run.

Upcoming research will look at how important certain environmental factors may be in determining a striped maple tree’s sex. The scientists are looking at the concentration of sugar stored in sap to see if trees with more sugar reserves are more likely to be female. They are also looking at whether they can trigger a sex change by causing an injury, such as cutting off a branch.

Blake-Mahmud’s co-author and former adviser is Lena Struwe, a professor in the Department of Ecology, Evolution, and Natural Resources and Department of Plant Biology in the School of Environmental and Biological Sciences.