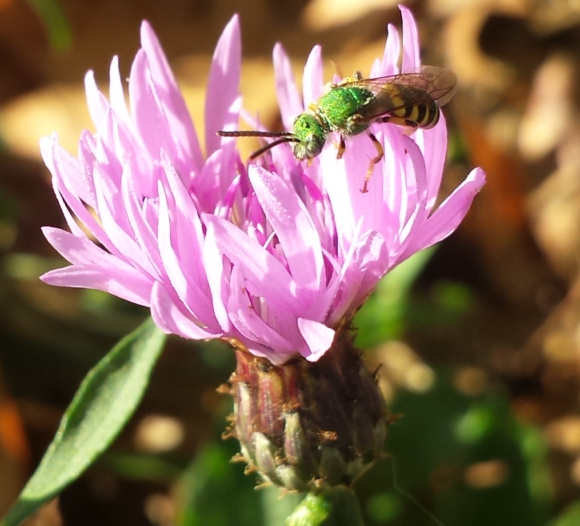 For scores of wild bee species, females and males visit very different flowers for food – a discovery that could be important for conservation efforts, according to Rutgers-led research.

Indeed, the diets of female and male bees of the same species could be as different as the diets of different bee species, according to a study in the journal PLOS ONE.

“As we get a better sense of what makes flowers attractive to different kinds of bees, maybe we can get smarter about bee conservation,” said lead author Michael Roswell, a doctoral student in the lab of senior author Rachael Winfree, a professor in the Department of Ecology, Evolution, and Natural Resources at Rutgers University–New Brunswick.

Five years ago, when Winfree Lab members were evaluating federally funded programs to create habitat for pollinators, Roswell noticed that some flowers were very popular with male bees and others with females. That spurred a study to test, for as many wild bee species as possible, whether males and females visit different kinds of flowers.

New Jersey is home to about 400 species of wild bees – not including Apis mellifera Linnaeus, the domesticated western honeybee whose males do not forage for food, Roswell noted.

The scientists collected 18,698 bees from 152 species in New Jersey. The bees visited 109 flower species in six semi-natural meadows with highly abundant and diverse flowers. The meadows were managed to promote mostly native flowers that attract pollinators. 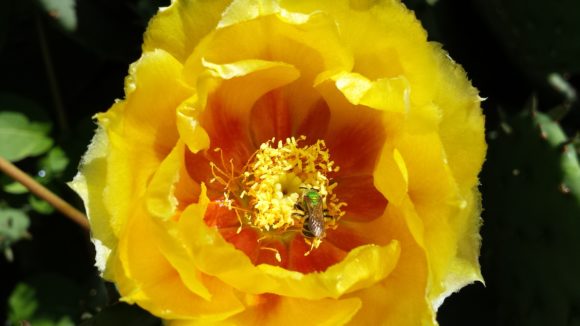 Female bees build, maintain, collect food for and defend nests, while male bees primarily seek mates. Both sexes drink floral nectar for food, but only females collect pollen that serves as food for young bees, so they forage at greater rates than males.

From the flowers’ standpoint, both female and male bees are important pollinators – though female bees are more prolific because they spend more time foraging at flowers.

Before mating, the males of some species travel from the area where they were born. Targeting their preferences for flowers may help maintain genetically diverse bee populations, Roswell speculated.

“We see some intriguing patterns, where certain plant families seem relatively preferred or avoided by male bees, or where males have relatively less appetite for visiting flowers that only produce pollen and not nectar,” he said. “That could help pinpoint the right mix of flowers to improve bee conservation down the road.”