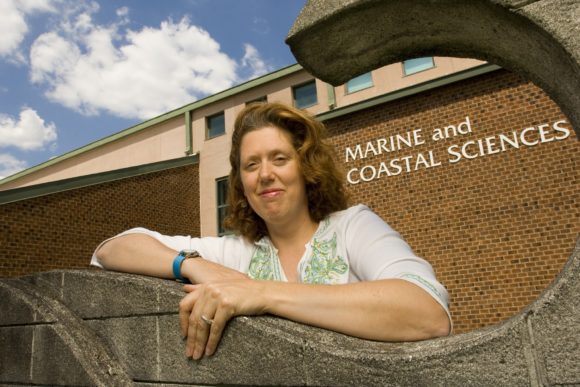 The national initiative will translate scientific research to educate and engage the community.

Rutgers recently became a partner in an innovative center – funded with a $5.2 million National Science Foundation grant – to translate the importance of scientific research to the general public.

“Ultimately, my job is to help researchers find innovative ways to share the exciting science and engineering projects they are doing with a broader range of audiences,” said Janice McDonnell, an associate professor and science engineering technology agent in the Department of 4-H Youth Development at Rutgers University-New Brunswick. “This is critical in an era of increased skepticism about the impact and value of science and a time when we need to build a competent and productive STEM workforce.”

The new center will support scientists, engineers and other researchers in developing broader outreach projects that support and explain their work, she said.

“That means coming up with opportunities and ways in which they can think about their research beyond just communicating with their peers,” said McDonnell, ARIS Center coprincipal investigator. “The goal is to integrate thinking about how you will work with communities and the public to understand and sometimes participate in university research. The goal is to share the impact of government-funded research on taxpayers.”

The ARIS Center will benefit researchers who drive discovery and “broader impact professionals” who collaborate with researchers and community stakeholders. It will engage members of the public who benefit from research and educational advancements. The center will stress support for traditionally underserved populations and inclusiveness to ensure a diverse science workforce.

“Most importantly, it can improve the diversity of those entering STEM (science, technology, engineering and mathematics) fields,” said McDonnell, who works in the School of Environmental and Biological Sciences. “This is very important. People of color are woefully underrepresented in STEM fields, and we need to increase diversity to include a range of talents, skills and ideas in STEM.”

McDonnell is helping to develop the training program for broader impact professionals and STEM researchers at all stages of their careers. She will travel throughout the United States to provide training and develop new resources.

The National Science Foundation requires scientists to do outreach on the broader impact of their research, and funding is hard to get. The agency funds only a small percentage of proposals submitted, McDonnell noted.

A major center goal is to help scientists enhance their communication and outreach skills and build on the intellectual merit of their research without burdening them, she said.

“The public’s understanding of science and scientists’ ability to communicate their research and its impact vary dramatically,” she said. “Some scientists are really good at it and some are not. It’s all over the map. This project will train and encourage them to think more deeply about their research and how it can improve society.”

The project will be redeveloping a tool she created with a previous National Science Foundation grant called the Broader Impact Wizard, among other resources.

“We have so many challenges – climate change, pollution, energy – that require STEM skills,” McDonnell said. “I recently toured an exhibit in a Pittsburgh museum marking the anniversary of the Apollo mission. It was a time in our nation when everyone was excited about science and technology. We are hoping for a renaissance of that kind of hope.”