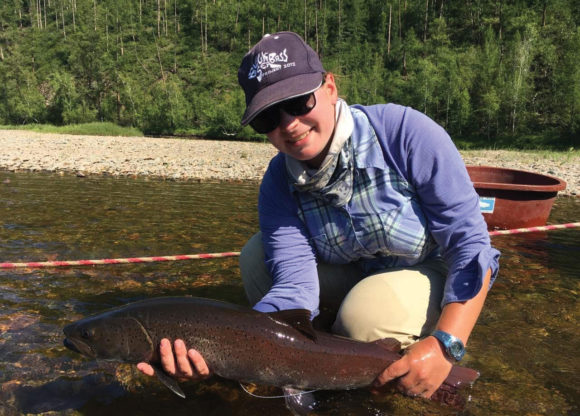 Olaf Jensen’s research on Mongolian fisheries has shed light on the effects of climate change, and opened a world of opportunity for students.

What initially attracted Olaf Jensen to Mongolia was its population of a unique fish called taimen. It’s the largest species of trout in the world, growing up to six feet long and reaching 200 pounds. In recent years, a booming recreational fishery has brought tourists from all over the world to Mongolia in pursuit of this prize. At the same time, the area is experiencing temperature increases at more than triple the rate of the global average. 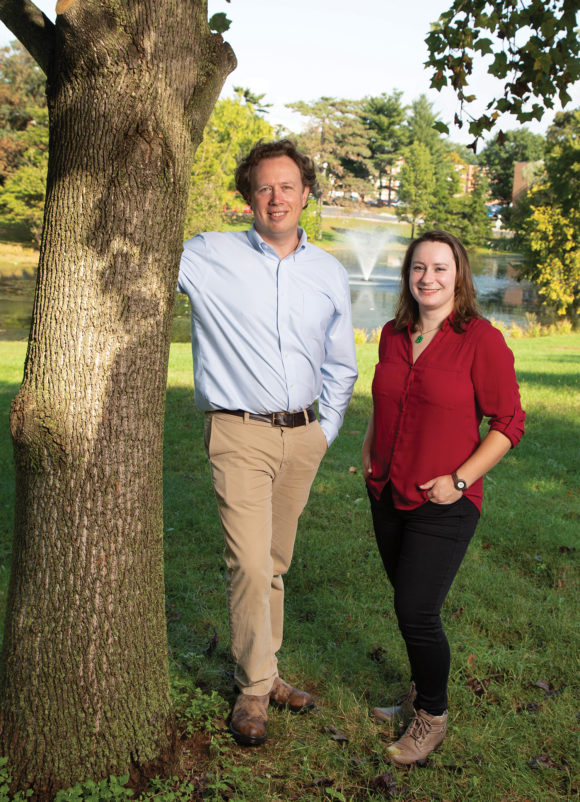 As an expert in aquatic ecology and fisheries management, this combination piqued Jensen’s interest. His research in Mongolia explores “how climate change may have a direct impact on the fish, and spawn indirect changes in human behavior,” he says. Part of this is bringing students from all over the world, including Rutgers, to propose and execute their own research projects. One project explored how the fish are thriving despite rising water temperatures; yet another examined how two species of fish that both feed on drifting insects coexist.

On the one hand, this research can help the fishery remain sustainable (it’s 100 percent catch-and-release, and the use of barbless hooks means that roughly 90-95 percent of the fish caught end up surviving). But on the other hand, this research will also help guide a response to climate change. “If we want to understand and anticipate what climate change may do here,” Jensen says, “it’s helpful to see what’s happening in Mongolia.”

Abigail Golden came to Rutgers specifically to work on Jensen’s team in Mongolia. “I was looking for a lab doing a mix of social and ecological work surrounding fisheries,” she says. “I’m interested in the interaction between humans and ecosystems, and fisheries are a good example of that.”

Upon arriving at Rutgers, Golden proposed a project and secured funding. She traveled to Indiana University to take Mongolian language and cultural training. And then she was off for a research trip to the area. “I was interested in understanding how a fishery operates when you have people from such different backgrounds and interests fishing for the same thing,” she says. During her 10 weeks in Mongolia, Golden spent time with two American-run fishing camps that catered to foreign tourists. She traveled on the boats with them, conducted interviews, and led surveys.

Her second trip involved interviewing the locals to learn more about their perceptions of climate and socioeconomic change following the Soviet transition. “This has been invaluable,” Golden says of her international experience. “Demonstrating that I can write a successful application for funding, carry it through, and produce research from it will definitely help me in my career going forward.”

Editor’s Note: This article first appeared in the fall 2018 edition of Explorations.