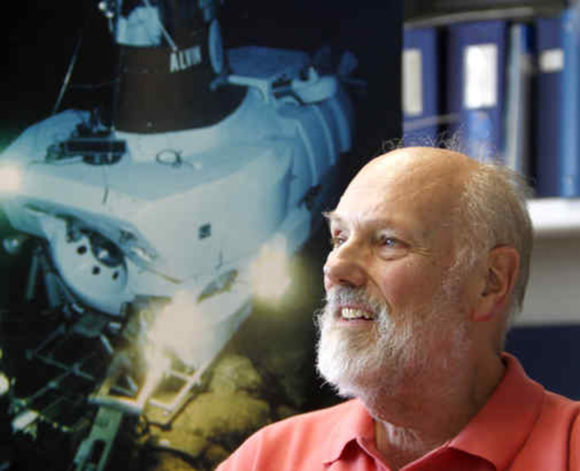 J. Frederick Grassle was a pioneer with his travel to underwater volcanoes in the submersible seen behind him. Credit: David Swanson, Philly.com staff photographer.

Built a program of excellence in research, education and community service in marine and coastal sciences at university

J. Frederick Grassle, a celebrated oceanographer who founded Rutgers Institute of Marine and Coastal Sciences, passed away on July 6.

As the founding director of the institute in 1989, Grassle was instrumental in establishing the university as a global presence in modern oceanography. Under his leadership, the institute went from a program primarily known for shellfish, aquaculture and coastal geomorphology to one of the world’s top comprehensive oceanographic research institutions, ranked fourth globally in a 2011 Thomson Reuters assessment.

Grassle, along with his wife, Judy, have been described by colleagues as the heart of the marine sciences program at Rutgers, a sentiment echoed by Oscar Schofield, distinguished professor and chair of the Department of Marine and Coastal Sciences, who credited Grassle as one of his role models for becoming a scientist himself.

“Fred was our leader, mentor, partner in adventures at sea, and most of all, a great friend. We have always called the marine science building the “home that Fred built,” said Schofield.

“Without him and Judy, there would be no modern oceanography program at Rutgers. Fred has touched countless people, and despite leading international global programs was always freely giving of his time,” he added.

Grassle earned a bachelor’s degree in zoology at Yale University in 1961 and a doctoral degree at Duke University in 1967. After a Fulbright Fellowship at the University of Queensland, Australia, he joined Woods Hole Oceanographic Institution in 1969.

While at Woods Hole, he led the first biological expedition to deep-sea hydrothermal vents in 1979, the results of which have led to our understanding of the ecosystems near volcanic vents at the sea floor. The discovery of these unique ecosystems were the first life-on-earth examples found to be fueled by chemical energy from the Earth’s interior instead of sunlight.

Grassle was recruited to Rutgers in 1989 to build a program of excellence in research, education and community service in marine and coastal sciences. In later years, he continued his work as professor emeritus at the university. 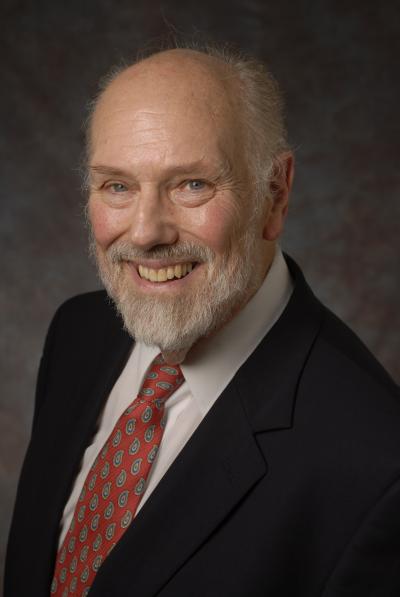 “There have been some notable individuals who profoundly moved Rutgers forward to becoming a world-class research institution, and Fred is one of them,” said Robert M. Goodman, executive dean of the School of Environmental and Biological Sciences.

Goodman likened Grassle’s impact on Rutgers to that of “singular faculty colleagues like Alexander Pond, a visionary leader and physicist, who was credited with helping raise the profile of Rutgers from a good regional university to a world-class research institution and member of the AAU; Aaron Shatkin, founder of the Center for Advanced Biotechnology and Medicine, who increased Rutgers profile internationally in medicine and molecular ecology; and Allan Conney, a world-renowned pharmacologist and cancer researcher, who opened the door for nutraceutical approaches to medicine,” said Goodman.

“Fred Grassle is one of these singular people who left an indelible mark of excellence at Rutgers. His life should serve as beacon to us all for pursuing excellence, being creative and, most of all, being a great person,” he added.

During his tenure at Rutgers, Grassle led a 10-year effort, involving 2,700 scientists in 80 countries, to catalog everything living in the ocean. This massive undertaking ended with the creation of the international Census of Marine Life in 2010. For this work and his extensive research into improving knowledge of ocean life, Grassle was awarded the 2013 Japan Prize, bestowed by the Japan Prize Foundation to honor work in scientific fields not usually recognized by the Nobel Prize.

Grassle has received other prestigious honors, including the Benjamin Franklin Medal and the American Society of Limnology and Oceanography’s Lifetime Achievement Award. He was awarded the 2004 Grand Prix des Sciences de la Mer Albert de Monaco for major contributions to the advancement of the ocean sciences throughout the world. Grassle has had six species and one genus of polychaetes named after him, as well as three species of mollusks and three species of crustacea.