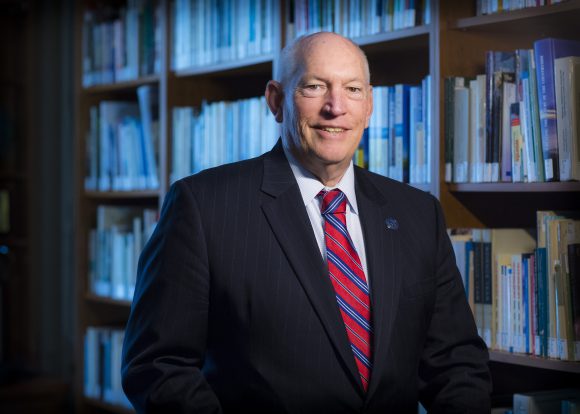 Lee SchneiderLee Schneider, assistant dean in the office of academic programs, is retiring after a 48-year career at Rutgers. Schneider began his Rutgers career in 1965 as an undergraduate and a football player for the Scarlet Knights. He has since helped thousands of students navigate the academic rigors of Rutgers as well as connect parents to the school as the liaison to the Cook Campus Parents’ Association. He was an integral part in the development of the former Cook College, now School of Environmental and Biological Sciences (SEBS), and continues to be a mentor to students and alumni. Among his many roles, Schneider worked within Residence Life, Academic Affairs, Rutgers Parents Association and served as Dean of Students for Cook College.

As a student, he received his B.S. from the Rutgers College of Agriculture and Environmental Sciences (CAES) in 1970. While playing football for the Scarlet Knights, he was co-captain of the Centennial Team in 1969 and was later inducted into the Rutgers Football Hall of Fame in 1994. Schneider earned an M.S. from the Graduate School in 1971 and his Ed.D. in 1988 from the Graduate School of Education – all three degrees from Rutgers. Active with the CAES/Cook/SEBS and Rutgers Alumni Associations throughout his time in New Brunswick, Schneider was named a Loyal Son of Rutgers in 2012 by the Rutgers Alumni Association. In addition Schneider was the Cook Baccalaureate Speaker, earned the George Hammell Cook Distinguished Alumni Award, and in 2005 received the Rutgers University Alumni Federation Meritorious Service Award.

Schneider has witnessed the transformation of the George H. Cook campus from when he was a student at the College of Agriculture and Environmental Science, through the establishment of Cook College and, later SEBS. Amidst all this change, one thing he says has stayed the same, is the people. “Those who really enjoy being here and who stay and involve themselves in the campus community, really come out with something incredible,” he said.

For his retirement, Schneider plans to travel, golf, spend time with his grandchildren, and get back to his farming roots with a little gardening. He also plans to stay close to campus. “I haven’t missed an Ag Field Day since 1965,” he says. “I don’t plan on starting now.”