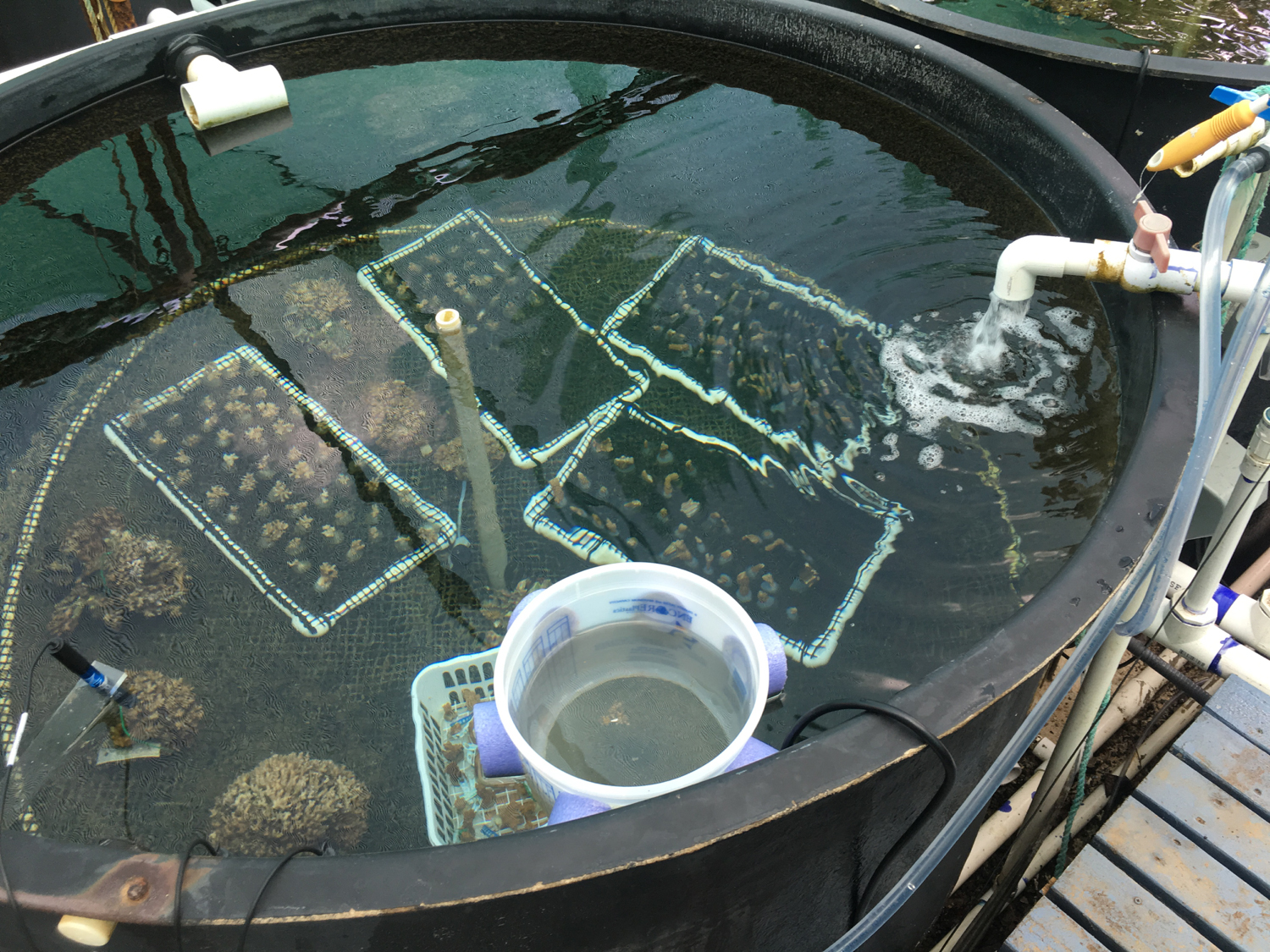 Experimental tanks at the Hawaii Institute of Marine Biology used to experimentally stress the coral samples.

Alexander Shumaker,  doctoral candidate in Microbial Biology in the School of Graduate Studies and a member of the Debashish Bhattacharya lab in the Department of Biochemistry and Microbiology, has been awarded the 2017 PacBio SMRT grant for his proposed research on the coral microbiome. Pacific Biosciences of California, Inc (PacBio) is the leader in long-read sequencing, offering SMRT Sequencing to help scientists resolve genetically complex problems. 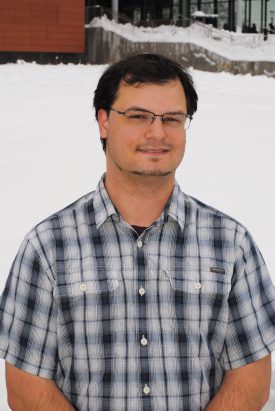 Shumaker, with collaborators in Hawaii and South Korea, recently used PacBio SMRT Sequencing to generate a high-quality genome assembly from Montipora capitata (rice coral). This is an abundant and ecologically dominant reef-building coral species in the Hawaiian Archipelago. The Bhattacharya lab is also using RNA-Seq methods to investigate the mechanisms of response and resistance employed by M. capitata when faced with environmental stressors associated with climate change.

Reef-building corals are keystone organisms which construct calcium carbonate skeletons that form the foundations of coral reef ecosystems. They are also an ecosystem unto themselves, playing host to photosynthetic endosymbionts that supply the coral host with much of its nutritional energy. When faced with strong stress conditions, such as thermal challenge caused by ocean warming events, corals may expel these symbionts in a process termed “bleaching.” Bleaching leaves corals energetically deficient and more vulnerable to further stresses and opportunistic pathogens.

As conditions improve, re-colonization of the host by the algal symbionts can facilitate recovery and survival. However, corals also harbor a highly diverse microbial community that has been implicated in diverse roles such as development, disease protection and nutrient cycling. A better understanding of the nature and extent of the contributions of this community to coral health and stress resistance during thermal challenge are critical to the development of improved reef management strategies.

Given that corals could be considered meta-organisms comprised of the host, its algal endosymbionts and a symbiotic microbial community, focusing on any one component of this “holobiont” may provide an incomplete picture of this community’s response to stressors. As such, Shumaker is turning his attention to the M. capitata-associated microbiome. 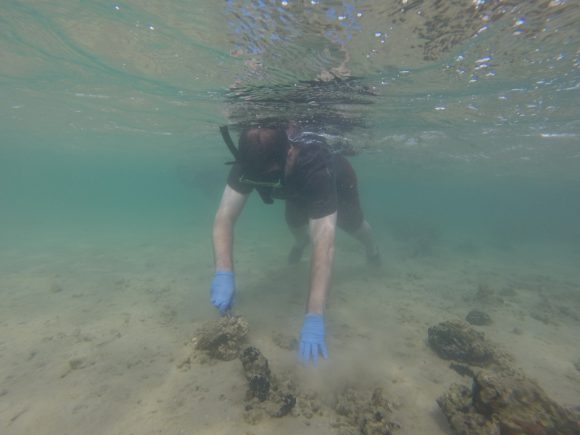 He will be working with samples collected from reefs in Kaneohe Bay, Oahu, HI, over the course of six months, during which there was a natural warming event that resulted in bleaching of coral colonies. Pairs of adjacent bleached and non-bleached colonies were observed over this time and the recovery of algal endosymbionts in the coral tissues were monitored.

Shumaker plans to use PacBio’s long-read sequencing technology to characterize the M. capitata-associated symbiotic microbial community and understand whether differences in the coral microbiome may have been a factor in the recovery of surviving colonies.