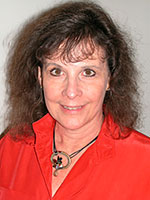 Barbara L. Tangel, M.S., R.D. died January 21, 2018 at her home after an extended illness at age 67. A resident of East Brunswick, NJ, Tangel served as assistant teaching professor at the Department of Nutritional Sciences, School of Environmental and Biological Sciences at the Rutgers University for 43 years. She received her B.S. degree from Douglass College in Foods and Nutrition (DC ’72), her Dietetic Internship at Methodist Hospital in Indianapolis, and her M.S. in Foods and Nutrition at Cook College (GSNB ’74).

Tangel’s greatest contribution and impact on the department and the university began in May 2000 when she became the director of the Didactic Program in Dietetics (DPD), where she was responsible for planning, organizing and directing the activities of the program including data collection, program management and administering the accreditation process. Under her watch, the program received a commendation from the Accreditation Council for the Education of Nutrition & Dietetics (ACEND) for its continued pass rate of greater than 90% on the National Registration Examination for Dietitians, a required measure of program success, with the pass rate for first-time Rutgers test takers at 100% in the past two years.

In addition to the outstanding pass rate of Rutgers DPD graduates on the National Registration exam, for the majority of Tangel’s tenure as DPD Director, the percentage of program graduates/seniors that were matched to the extremely competitive dietetic internships has exceeded the national average. Tangel was a dedicated and diligent teacher, advisor, supervisor, and mentor and has successfully built a curriculum with a strong academic reputation.

Tangel had been a faculty member at Douglass, Cook, and University colleges; the College of Nursing in Newark and most recently at the School of Environmental and Biological Sciences. She provided service to the department, school, university and the community as a teacher, a registered dietitian, nutrition consultant to the Visiting Nurse Association in Middlesex County and the Woodbridge Health Department. Tangel served as an academic advisor, associate director of the Healthy Dining Team, and since 2008, as a nutritional sciences advisor to incoming freshmen.

In 2016, she received the New Jersey Academy of Nutrition and Dietetics’ (NJAND) Distinguished Member Award, which is the highest honor bestowed upon an outstanding role model with a lasting impact on the profession. The Carolyn Sebastianelli Distinguished Member Award, given by the NJAND, honors a member who has been a role model, demonstrating commitment to the nutritional needs of the community, leadership, mentoring, service to others, and professionalism and high ethical standards in practice. With over 40 years of employment in the same department and a deep commitment to her students, Tangel represented the kind of person for whom this award was created.

She was a 45-year member of the Academy of Nutrition and Dietetics and its New Jersey affiliate. She was also the recipient of Rutgers University Faculty Service Award six times.

Tangel was a pioneer, role model, and a selfless and devoted advisor to hundreds of nutrition students and graduates. Committed to excellence in education, she is leaving a legacy of achievement for the advancement of the profession. Her devotion and spirit will continue to thrive in hundreds of graduates who flourished under her guidance.

In addition to her academic contributions, Tangel loved Long Beach Island and her collies, and was Leader of the Frisky Paws 4-H Club for over 12 years, and was honored with the 4-H Leader of the Year Award.

In lieu of flowers, memorial donations may be made in Barbara’s name to the Rutgers University Foundation at https://securelb.imodules.com/s/896/Foundation/hybrid/stepOne.aspx?sid=896&gid=1&pgid=6703