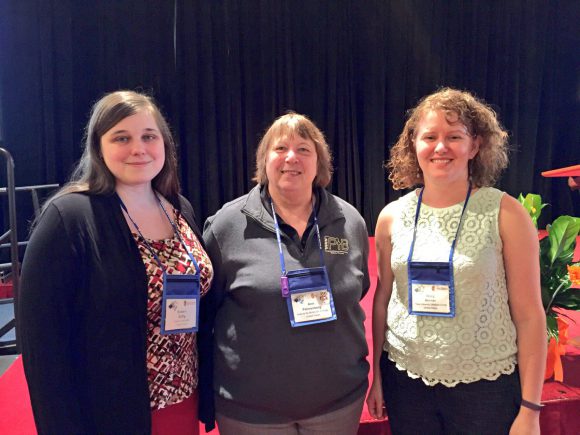 The two award winners Siobain Duffy (left) and Stacey Horner (right) pictured with the namesake of the award Ann Palmenberg. 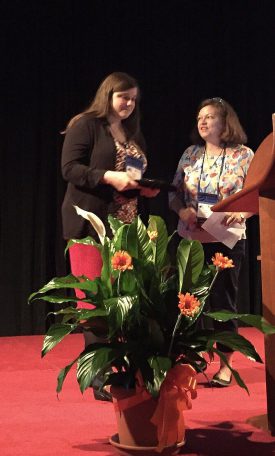 Siobain Duffy and Rebecca Dutch, who, at the time, was the president of the American Society for Virology.

These awards recognize investigators within 10 years of their PhD who have made significant contributions to the field of virology and who display exceptional promise.

As part of the award, Siobain gave a 15 minute plenary presentation on the evolution of single-stranded DNA viruses, including pathogens that limit crop production throughout the tropics and subtropics. The Duffy lab’s work on these pathogens has found that they evolve just as quickly as emerging RNA viruses, but has revealed potential to control outbreaks of these viruses in crops and contribute to global food security.