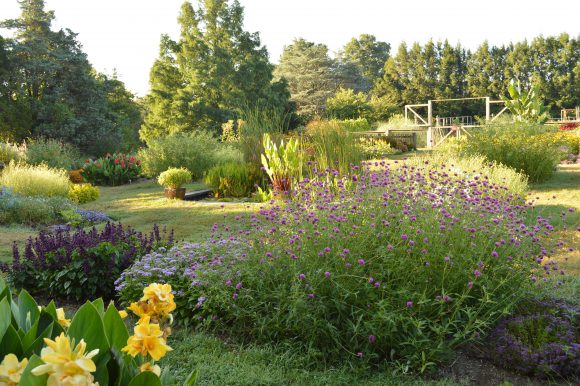 Rutgers Gardens has named Jeff Jabco, director of grounds at Swarthmore College and coordinator of horticulture at the Scott Arboretum, as the 2017 recipient of the Hamilton Award, the horticulture award inaugurated last year by the Gardens. The award will be presented to Jabco at the Rutgers Gardens Party on September 28 at the Log Cabin and Alumni Pavilion. 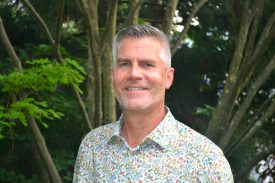 The Hamilton Award recognizes “an unsung hero, a quiet leader, or patient mentor in the field of horticulture,” and was named for and inspired by former Rutgers professor and Gardens director Bruce “Doc” Hamilton.

Bob Lyons, chair of the Rutgers Gardens Advisory Board since 2014 and professor emeritus of plant and soil sciences at the University of Delaware, expressed his excitement at the selection of Jabco as the 2017 recipient of the Hamilton Award.

“Few horticulturists have the respect and admiration from as many peers as does Jeff Jabco, who is nationally known and has a well-earned reputation for maintaining the exceptional aesthetics of the Scott Arboretum at Swarthmore College.”

Since 1990, Jabco has been the coordinator of horticulture at the Scott Arboretum, part of the 425-acre campus of Swarthmore College, PA, which appears on lists of the “most beautiful college campus” in the U.S. of several leading publications like Forbes, Travel and Leisure, and Garden Design magazine.

He has taught generations of students, interns and garden enthusiasts who have passed through Longwood Gardens, in Kennett Square, PA, where he has been an instructor for the past 32 years.

“Jeff is a teacher with a passion for his discipline. His classroom style is engaging and gregarious, in an enthusiastically tempered way; he makes all students feel immediately welcome whether his classroom resides outside amongst the plants or within the conventional four walls,” added Lyons.

Quiet Jabco may be, but his dedication to and renown in the field of horticulture speaks volumes, explained Bruce Crawford, director of the Rutgers Gardens since 2005.

“I’ve met Jeff on several occasions.  In spite of the beautiful gardens that he oversees and continuously enhances at the Scott Arboretum, to wide acclaim, he always presents a calm, low key and very approachable demeanor.”

Crawford praised the Rutgers Gardens Advisory Board’s award selection committee for choosing a candidate who “certainly embodies all the professional qualifications and passion necessary to be a recipient of its national horticulture award.”

“Like ‘Doc’, who inspired the Hamilton Award, Jeff is more than happy to share his knowledge and passion about plants and enjoys mentoring interns, testimony that one of my former students who interned at the Scott Arboretum shared with me on numerous occasions,” added Crawford.

The Hamilton Award was unveiled in 2016, which proved to be a banner year for the Rutgers Gardens. It celebrated its centennial anniversary and also became the latest ASHS Horticultural Landmark, joining an elite group of horticultural sites like the New York Botanical Garden, the United States Botanic Garden in Washington, D.C., and Monticello, President Thomas Jefferson’s home in Virginia, which received the society’s first Horticultural Landmark designation.

The Horticultural Landmark designation has “raised the profile of Rutgers Gardens as a leading public garden” in New Jersey and the region, added Crawford.

A largely self-sustaining operation, Rutgers Gardens is open 365 days a year and is one of the few botanical gardens in the U.S. that does not charge an entrance fee. It hosts a wide range of public activities to help provide support for the care of over 180 acres of both maintained and natural areas.