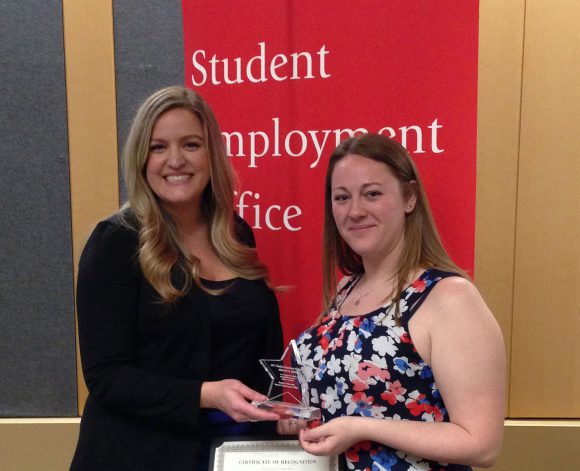 Amy Creteau, left, of the Office of Financial Aid, congratulates Megan King, who was named undergraduate student employee of the year for her work as collections manager at the Chrysler Herbarium. Photo: Natalie Spangenberg. 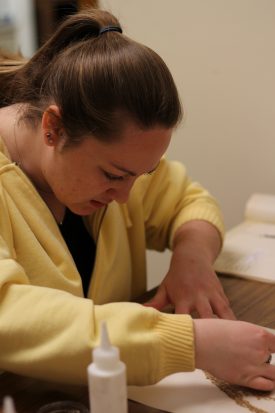 Nominated by Lena Struwe, associate professor and director of the Chrysler Herbarium, King, an undergraduate in the Department of Ecology, Evolution, and Natural Resources, started at the Herbarium in January of 2016 as a technician and quickly rose to her current position. “Megan immediately stood out, suggesting continuous improvements to the work processes and herbarium facilities,” said Struwe. “She kept an eye on the other students, pointing out when mistakes were made and, most importantly, clearly adored working with these historical and invaluable specimens and showed the utmost respect for them.”

Editors Note: Read more about Megan King and the other winners at the April 13th ceremony at Rutgers Today.