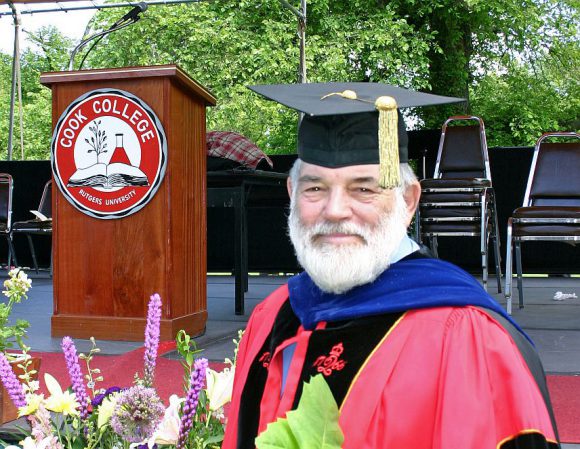 Roger ‘Doc’ Locandro retired in 1999 after 38 years on the faculty of the Department of Ecology, Evolution and Natural Resources. But there are still alumni who recall his effective teaching style and lasting influence.

“When I think of being a Rutgers University student, Roger ‘Doc’ Locandro is always part of it. I can’t help but smile as I remember him saying, ‘Eat together, learn together.’ Doc was a real teacher. He did not teach by standing in front of a room of students seated at desks. If we were seated, he usually was as well, but we were not lined up in rows, but more than likely in a circle all around him.

“Either way, you’d often find yourself eating or drinking while he was sneaking some new knowledge into your head. It was communal…a true sharing experience. I believe that is why I have never forgotten his lessons.” – Joe Charette CC’73.