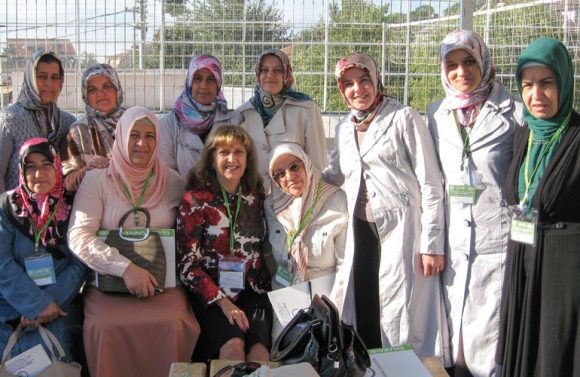 Editor’s Note: This article was originally published in Farming Magazine 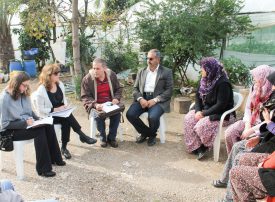 Robin Brumfield, professor of farm management at Rutgers University, took a Rutgers Cooperative Extension Project called Annie’s Project and as the result of a feasibility study she did, changed the program to fit Turkish conditions and renamed it Suzanne’s Project in honor of Brumfield’s daughter.

Annie’s Project was born out of a desire to help teach women how to run and manage farm businesses, developing problem-solving, record-keeping and decision-making skills. Women who master one skill or another as farm wives or farm managers share their lessons as mentors through Annie’s Project. Now, those success stories can be shared across borders and across oceans through Suzanne’s Project.

“Farming is the principal economic activity in most rural areas of the EU where about half of the population lives. Without farming there would be little to keep many communities alive and hold them together,” Brumfield said. “Women farmers are a risky group because they generally do not have formal vocational education, they are less educated than men, and they learn farming on the job by informal learning while working in their farms or other farms, and do not have access to the latest research-based information,” she continued.

Suzanne’s Project trains the trainers helping extension educators aid women farmers to develop technical, entrepreneurial and managerial skills through specialized training. Training the trainers allows Brumfield to multiply the project to reach more people in more countries. This then allows these women (and some men) to realize their full potential to operate profitable farms as small businesses.

Unfortunately, political unrest in Turkey has put those opportunities on hold for now. But the work to deliver good information about agricultural business management and sound economic practices continues.

In addition to Turkey, Brumfield was asked to take Suzanne’s Project to Guyana. And for those countries where English is not the principal language, project information is being translated. 2017 will see the program being brought to Spain, with another visit to Turkey later in the year. With the help of American farm women who have participated in Annie’s Project, Suzanne’s Project promises to expand and extend that education across the globe.