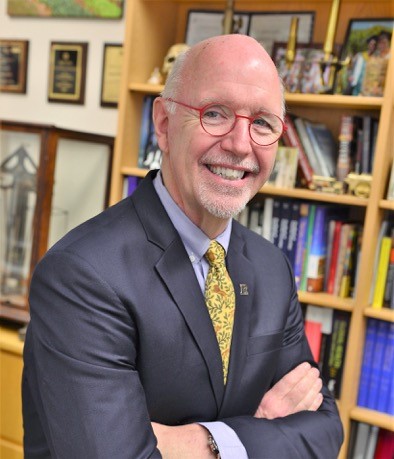 Mark Gregory Robson, distinguished service professor and professor, Department of Plant Biology and Pathology, has been unanimously selected to receive the 2016 Frank J. Osborne Memorial Award by the New Jersey Association of County and City Health Officials (NJACCHO) at the Atlantic City Convention Center on November 16.

“This was a very nice surprise, I did not know of this award and I did not know this was going to happen,” said Robson. “I am grateful, proud and humbled by the kindness of the NJ Association of County and City Health Officials.”

Osborne was a member of the former State Board of Health from 1945 until 1947 and was appointed by the State Commissioner of Health to be chairman of a committee of municipal health officers. This committee drafted a list of Recognized Public Health Activities and a set of Minimum Standards by which to judge them. The State Department of Health subsequently adopted them as standards to which all good health departments should conform.

The Frank J. Osborne Memorial Award was established by The New Jersey Health Officers Association in November of 1961 at Osborne’s retirement dinner.

Robson has also amassed a long and distinguished record of service to the university and beyond, and his contributions and awards are numerous. He was named a 2015 Loyal Son of Rutgers, is active with the Rutgers Centers for Global Advancement and International Affairs and has won many teaching awards, including the highly competitive Association of Schools of Public Health Pfizer Teaching Award. 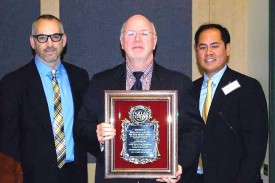 In October 2014 Robson received the Sullivan Award, the highest award from the New Jersey Public Health Association presented to an individual for dedicated and outstanding public service and contributing to the cause of public health in New Jersey.

His international service has also been long and significant, resulting in his 2013 election as a Fellow of the Collegium Ramazzini, a prestigious honor recognizing his global contributions to occupational health. Other global recognition of Robson’s work includes an Honorary Doctorate in Public Health from Chulalongkorn University in 2010, making him one of only three U.S. citizens to receive this honor; the other two were both U.S. presidents.

Robson established the Environmental Health Program at the Chulalongkorn University College of Public Health Sciences as well as a dedicated faculty position and a pilot research program. In 2001, he developed one of the first environmental risk assessment courses in South East Asia. And in 2013 he was presented with the Malone International Leadership Award by the Association of Public and Land-Grant Universities (APLU), in “national recognition for a career of outstanding contributions to further international education at state and land-grant institutions.”