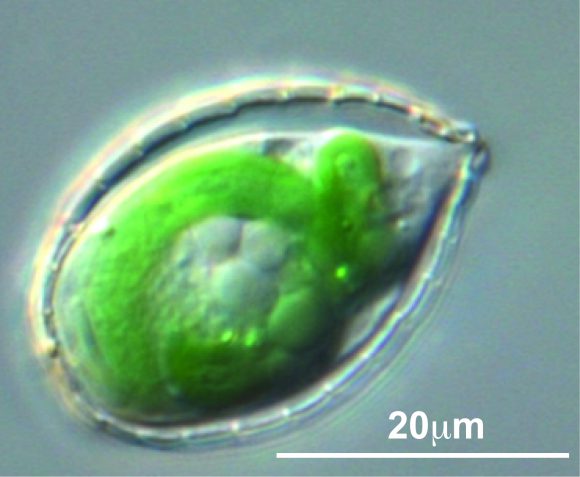 Rutgers, Carnegie Foundation and German scientists have solved the mystery of how the little amoeba, Paulinella, committed grand larceny, grabbing genes from an unsuspecting bacterium about 100 millions years ago to become photosynthetic. It engulfed the bacterium, kept that cell alive and harnessed its genes for photosynthesis, the process plants and algae use to convert carbon dioxide into oxygen and sugar via solar energy.

The process that Paulinella used is called endosymbiosis, and it altered life on Earth by allowing the rise of animals that depend on plant life. A paper written in 1895 on the theory of endosymbiosis by German naturalist Robert Lauterborn laid the foundation for the current study. 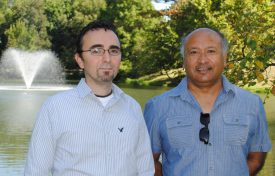 Bhattacharya, a study co-author and distinguished professor in the Department of Ecology, Evolution and Natural Resources, noted that the major finding was that of the microbial world. “When a microbe has a gene deficit, it can in some cases fill that deficit by grabbing the same gene from the environment. This shows how fluid microbial genomes really are.” Paulinella solved the problem of broken genes and is playing an important role in understanding fundamental processes in cells.

“But people should not get the idea that humans will be grabbing bacterial genes any time soon, because they have a sequestered (protected) germ line,” said Dana C. Price, a study co-author and associate research professor in the Department of Plant Biology and Pathology. “This is about microbial life such as bacteria and single-celled eukaryotes.”

This international study was supported by a National Science Foundation grant and a Deutsche Forschungsgemeinschaft grant and was published online in the Proceedings of the National Academy of Sciences.