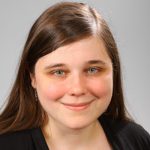 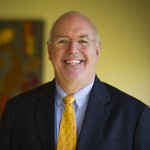 The inaugural Rutgers-New Brunswick Chancellor’s Awards for Faculty Excellence were announced in September. The awardees represent a range of Rutgers faculty members, at all stages of their careers, whose exceptional work in their particular areas has been recognized by their peers. Each award recipient receives a certificate acknowledging their outstanding contribution and a gift to their research account. Those honored include recipients of new awards created by the chancellor: Excellence in Teaching, Excellence in Research; and International Impact Award.

Duffy and Robson also were among five faculty members of the School of Environmental and Biological Sciences who were recognized last year for faculty excellence by the University.

Associate professor Duffy conducts research on the molecular evolution of fast-evolving viruses, specifically those with RNA and single-stranded DNA genomes. Earlier this year she received the prestigious Faculty Early Career Development Program (CAREER) awards from the NSF. The CAREER award is NSF’s “most prestigious awards in support of junior faculty who exemplify the role of teacher-scholars through outstanding research, excellent education and the integration of education and research within the context of the mission of their organizations.”

Professor Robson who was named a Distinguished Service Professor by the Rutgers Board of Governors last year, has amassed a long and distinguished record of service to the university and beyond. In addition to his many honors, his international service has been long and significant, resulting in his 2013 election as a Fellow of the Collegium Ramazzini, a prestigious honor recognizing his global contributions to occupational health. The mission of the Collegium Ramazzini is to advance the study of occupational and environmental health issues and to be a bridge between science and public health. Other global recognition of Robson’s work includes an Honorary Doctorate in Public Health from Chulalongkorn University in 2010, making him one of only three U.S. citizens to receive this honor; the other two were both U.S. presidents.