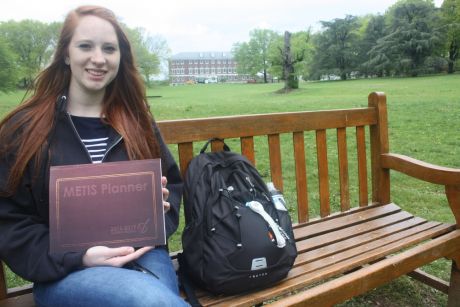 SEBS own Sarah Waxman (SEBS’16) has a gift for fellow students! This triple major grad designed an incredible planner to organize her very busy life while she was here and it’s almost ready to be released.

Along with her triple major—Food Science Research, Nutritional Science and Biology—she was also an Aresty Research Fellow and resident adviser. When her busy schedule demanded more than a conventional planner, Sarah Waxman took matters into her own hands and recated her own paper-based system to manage her responsibilities. 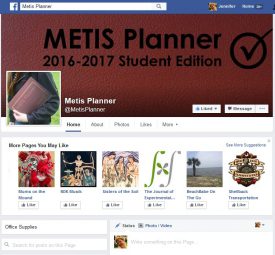 “I needed to be very organized and I found that by explicitly blocking time in my schedule to take care of specific to-do items, I knew that I would not double book that time and that the specific work items would get addressed,” said Waxman. The simple technique of assigning a time for specific tasks resulted in the METIS Planner, an organizational system that treats each daily responsibility as a scheduled event.

“In a sense, it was both a literal name and a creative name,” Waxman said. “A goddess of wisdom, planning, advice and deep thought just seemed to fit our vision for a complete planning system for any college student.”

The Waxmans launched a Kickstarter campaign during the summer of 2016 to raise enough money for a print run. The campaign, which was set to end July 15, has already met its funding target of $1,500. The campaign has raised nearly $2,000.

If the planner is successful, Waxman envisions it as being a nice side business and—more importantly—an act of gratitude. “I had an amazing experience at Rutgers and was looking for a way to share with other students some of the organization techniques I learned during my college years,” Sarah Waxman said. The Waxmans are offering a free print-at-home version of the planner so students can enjoy it even if they cannot afford to buy the bound version.

Editor’s Note: this story originally appears in The Daily Targum.