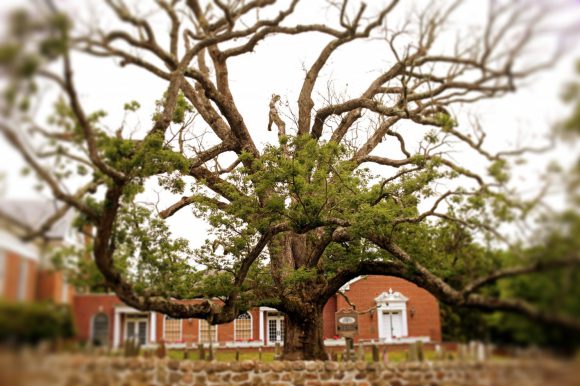 The tree was there before Columbus sailed to the New World. George Washington’s troops drilled within view of this ancient oak. Countless people have sought its shade, including 35 veterans of the war that gave us our independence. It’s been there so long that everyone expected it would stand next to the colonial church from 1717 in a town called Basking Ridge forever. The tree stands close to 100 feet tall and its branches extend more than 130 feet side to side, but the tops of its branches are gray and denuded. Despite the scientists that have been called in—including Jason Grabosky, an ecologist at Rutgers—the tree appears to be “in a spiral of decline.” Read more at The Washington Post.