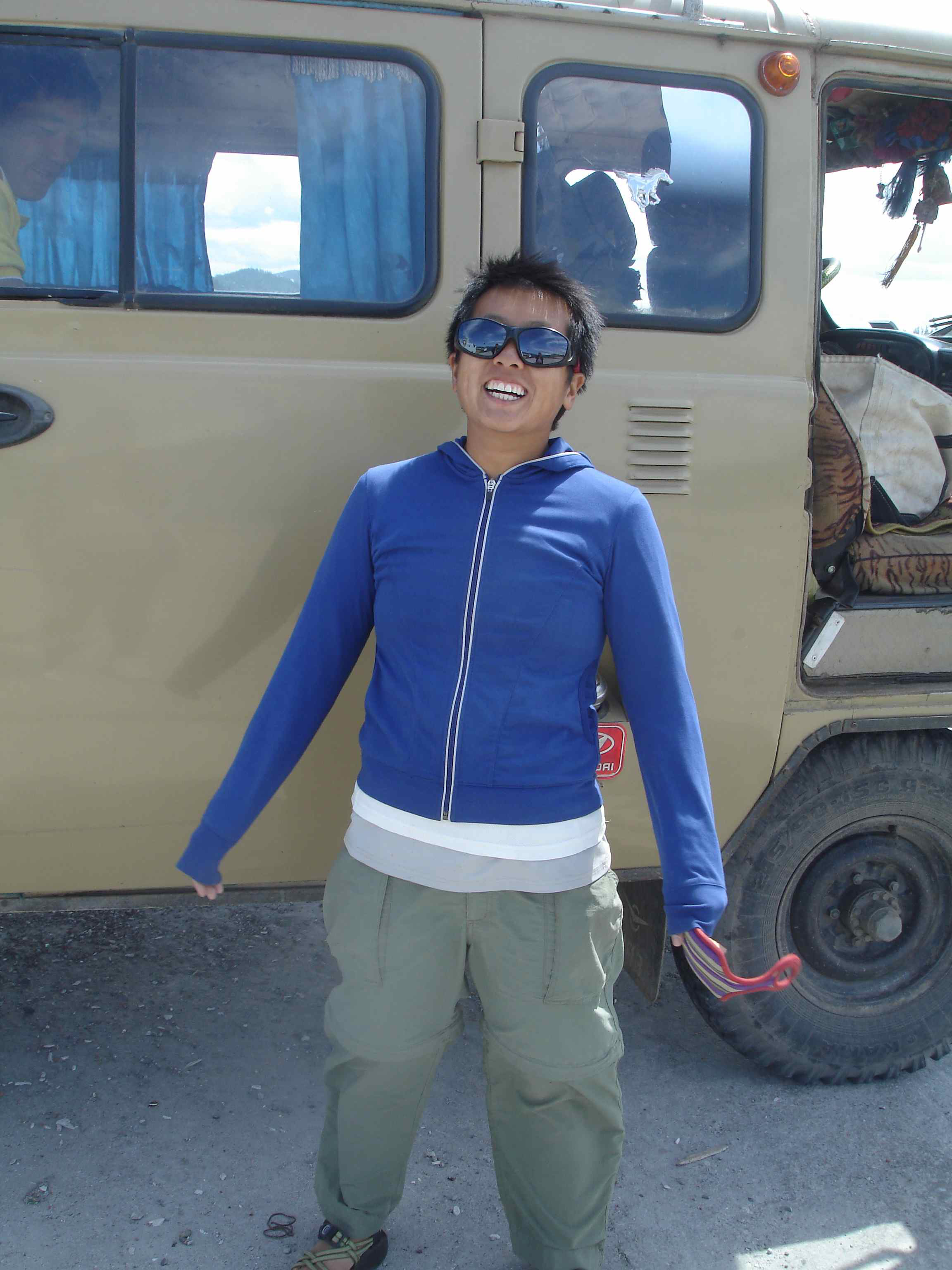 Talia Young (GSNB’16), a newly minted Rutgers Ph.D. in ecology, studies fish and their relationship to the people and communities that depend on them.

She’s also passionate about acquiring new knowledge and sharing it with young people, which is what has led her to move between research and teaching since her undergraduate days at Swarthmore College. Now preparing for postdoctoral work at Princeton University, Young spent her last several weeks as a Rutgers graduate student co-teaching, with help from Kristin Hunter-Thomson in 4-H Youth Development, a mini-course on mathematics applications in fisheries science in a Philadelphia high school – the same one she taught biology in before going to graduate school. The course was partly funded by the Department of Ecology, Evolution and Natural Resources and the Department of Marine and Coastal Sciences.

“In my first graduate class at Rutgers, I was struck by how much high school math is used in ecology and natural resource management,” Young recalls. “I felt disappointed that no one had ever explained to me in high school that dreary matrix multiplication could be useful, so I set out to design a program to introduce some of those ideas to high school math students.”

In the mini-course, high school students were introduced to mathematical approaches for modeling size and age relationships in fish.  They then learned to use R – an open-source programming language commonly used by professionals in the field – to estimate parameters for those models based on actual data sets loaned for the purpose by Young’s colleagues. They used some of the skills Young herself learned in graduate school.  “I wanted the students to get a sense of what a career as a fisheries scientist could look like on a day-to-day basis,” she explained.

Young majored in biology at Swarthmore and after teaching environmental education after school at a public high school in Philadelphia, then earned a teaching certificate and went to work at Mastery Charter Thomas Campus, a charter school in South Philadelphia. She loved teaching and her students, but after four years, began to want a more flexible line of work.

She entered Rutgers’ graduate program in ecology and evolution in the School of Environmental and Biological Sciences and studied under Olaf Jensen. As a graduate student, Young has studied freshwater fish in a remote, pristine lake in Mongolia, the dietary preferences of ocean-going predator fish, and the lives of jellyfish in New Jersey’s Barnegat Bay.

Throughout her time at Rutgers, Young served as a mentor to high school-aged students for specific scientific projects – several of them at Mastery. These included assessments of invasive species and water quality in Philadelphia’s Franklin Delano Roosevelt Park, an analysis of data from her work with Jensen in Mongolia, and the distribution of an invasive fish, the snakehead, in the Philadelphia area. In 2013, she worked with students at the Marine Academy of Technology and Environmental Science in Manahawkin, New Jersey on a study of sea nettles in Barnegat Bay.

As a postdoctoral fellow, Young will continue to knit research together with real life, studying community-supported fisheries – the aquatic equivalent of community-supported agriculture. “I think science makes more sense to me when it can be used and understood by people who aren’t scientists, which is why it’s important to translate science to practical life.”