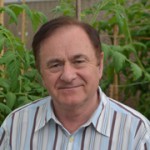 Maliga received a master’s degree in genetics and microbiology from the Eotvos Lorand University, Budapest, Hungary, in 1969 and a doctoral degree from the Jozsef Attila University, Szeged, Hungary, in 1972. From 1971 through 1982, Maliga held appointments at the Biological Research Center, Szeged, Hungary, where his research group pioneered mutant isolation, organelle transfer and genetic recombination in cultured tobacco cells.

He joined Rutgers in 1989 and, along with his research group, has developed the technology of plastid transformation in the tobacco model system. The principal inventor on key patents that have enabled plastid engineering, Maliga was recognized in 1999 by the Thomas Alva Edison Patent Award from the Research and Development Council of New Jersey. In addition, he was elected Foreign Member of the Hungarian Academy of Sciences in 2001.

In 2011 Maliga was named Inventor of the Year and inducted into the New Jersey Inventors Hall of Fame for his patented technology related to Genetics and Molecular Biology, namely US Patent #5451513.

The American Society of Plant Biologists is a professional scientific society, headquartered in Rockville, Maryland, devoted to the advancement of the plant sciences worldwide. The society has a membership of some 4,500 plant scientists from throughout the United States and around the world, and publishes two of the most widely cited plant science journals, The Plant Cell and Plant Physiology.