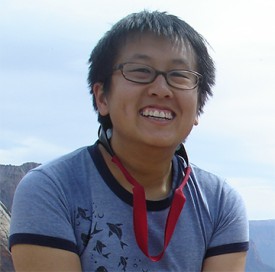 Talia Young, doctoral candidate in the graduate program in Ecology and Evolution, has been named one of five young scientists who will comprise the David H. Smith Conservation Research Fellowship Class of 2016. Considered the nation’s premier postdoctoral program in conservation science, the fellowship aims to “identify and support early-career scientists who will shape the growth of applied conservation biology.” It is named for the late pediatrician, inventor and conservationist David H. Smith, founder of the Cedar Tree Foundation.

Young’s project, “Conservation implications of community-supported fishery (CSF) programs: A multidisciplinary analysis of ecological, economic and social outcomes,” will be conducted under the academic mentorship of prof. Simon Levin at Princeton University, and in partnership with John Manderson of NOAA and Joshua Stoll of Localcatch.org. Read more from the Society for Conservation Biology and the Cedar Tree Foundation.