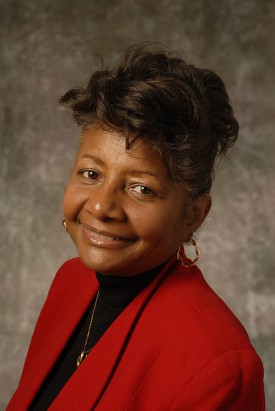 Associate Director of Rutgers Cooperative Extension (RCE) Mary Jane Willis (1948–2015), who for 40 years has served RCE with diligence and dedication, passed away on December 5, 2015.

Mary Jane’s outstanding service to RCE began as an extension home economist in October 1975, a position she held until she became a Foods and Nutrition Program Leader from 1980-1989. Thereafter, she held several administrative positions of increasing rank within RCE, including serving as the interim chair of both the Department of 4-H Youth Development and the Department of Family and Consumer Sciences over the course of her long career at Rutgers. In July 1994, Mary Jane was appointed as Associate Director of RCE, providing administrative leadership for personnel management, civil rights and affirmative action, as well as responsibility for state and federal reports, among other duties.

In her capacity as associate director, she had the responsibility of serving as administrator of the Expanded Food and Nutrition Education Program (EFNEP), a position she held since 1994. She oversaw implementation, and program and fiscal management, as well as reporting and accountability for EFNEP in New Jersey.

She was also tasked with the responsibility for the Supplemental Nutrition Assistance Program Education (SNAP-Ed) as its administrator since 2007. In that capacity, she provided administrative leadership and oversight to this multi-million dollar program. She remained administrators for both programs until her death.

Director of RCE Larry Katz spoke to her dedication and her character in announcing the news of Mary Jane’s passing to the Cook community.

“I could think of no more dedicated and helpful colleague who initially guided me in my transition into this position and who supported me unwaveringly for the last eight years. Mary Jane will forever live for me as a guidepost to do more for our communities, especially those who represent our under-served brothers and sisters.”

“Her heart and soul was in Rutgers Cooperative Extension and she will be so sorely missed,” he added.

Mary Jane earned bachelor’s and master’s degrees in Home Economics from Montclair State University, and served as a Home Economics teacher in the Newark school system from 1971 to 1975, before beginning her long and dedicated service to Rutgers.

Mary Jane will be laid to rest on Friday, December 11.