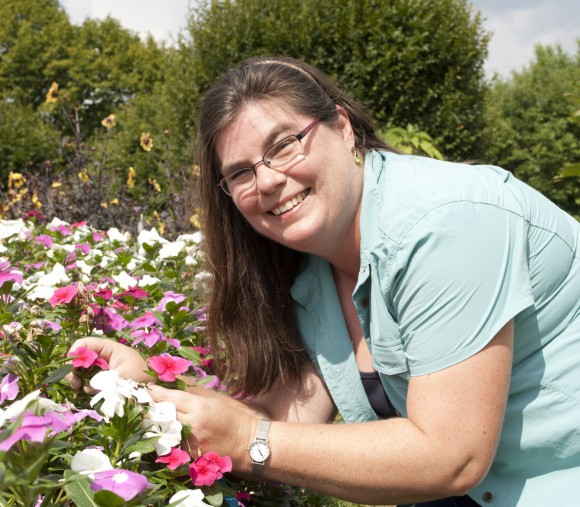 Lena Struwe, associate professor in the departments of Ecology, Evolution and Natural Resources, and Plant Biology and Pathology at the School of Environmental and Biological Sciences at Rutgers, was awarded the 2015 Innovations in Plant Systematics Education Prize for “novel and innovative resources for teaching plant systematics” by the American Society of Plant Taxonomists.

Struwe is also the director of the Chrysler Herbarium at Rutgers, the last internationally recognized collection of preserved plant specimens still in existence in New Jersey. She is known for her tireless energy for research and outreach, and for an inspirational teaching style that makes her a strong advocate for the fields of botany and plant systematics. In addition, she’s been deeply involved in curriculum building in ecology and evolution, general biology, as well as agriculture and plant biology at the school.

According to Struwe, the world’s global biodiversity is not only threatened by human activities but by lack of knowledge and memories among humans.

“There is a crisis in how many common species of everyday important organisms the general public as well as Ph.D. students in biology can identify,” she says. “If you can’t put a name on something, you rarely care about it, know anything about it, or consider it important as part of a functioning world.” 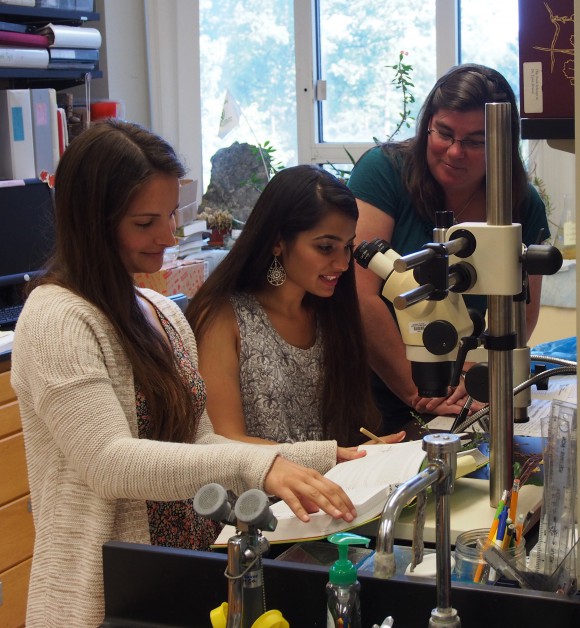 Lena Struwe, at right, with graduate student Lauren Frazee, at left, and undergraduate student Alisha Sharma in Struwe’s lab, discussing the species identification of a weed at the microscopy bench. Photo: Leif Albert.

Her goal, through her classes and other activities, is to spread awareness of relevant topics in botany and plant systematics and reconnect people to nature, to living species, wherever they live — be it garden pests, crop species, wildflowers or birds at the bird feeder. One such annual activity is “Personal Bioblitz” at Rutgers, in which participants recognize and identify biodiversity wherever they go and live. Perhaps more significantly, Struwe is also an important botanical presence on the internet, where she communicates about important botanical issues through two different blogs, Botanical Accuracy and For Weeds Everywhere.

Struwe has restored botany to an important place at Rutgers, following the retirement of renowned botany professor David Fairbrothers in 1988. At Rutgers, she has revitalized the botany program through undergraduate and graduate courses: Methods in Plant Systematics, Journal Club in Evolution, Plant Systematics for graduate students, and Plant Diversity and Evolution, Introduction to Ethnobotany, and Byrne seminars titled, Evolution of food, cooking and plants, War of the Weeds, and Safe or Sorry? Herbal medicine, folklore and its scientific evidence, for undergraduate students.

Growing up in a naturalist family in her native Sweden, Struwe’s interest in botany began as early as the third grade when she developed her own person herbarium as a part of a class project. She earned a bachelor’s degree in Biology and Earth Sciences from Stockholm University and a Ph.D. in Systematic Botany after studying at Uppsala University and Stockholm University.

Struwe moved to the U.S. in the mid-1990s, becoming a research associate at the New York Botanical Garden in the Lewis B. and Dorothy Cullman Program for Molecular Systematics Studies before coming to Rutgers in 2001. She’s published extensively on topics that include the systematics, evolution and biogeography of members of the order Gentianales (including gentians, coffee plants, milkweeds and much more) plus medicinal plants, botanical biodiversity education, and the integration of phylogeny, ecology and biogeography.