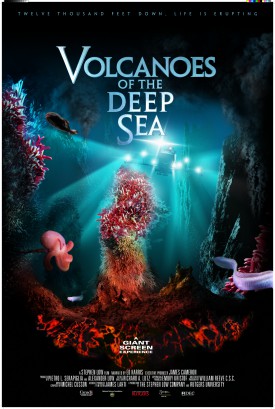 Twelve years after its debut, Volcanoes of the Deep Sea has attracted over 200 million viewers and is still going strong. This IMAX film spotlights the intriguing world of deep-sea volcanoes found miles under the Atlantic and Pacific oceans, brought to life through the work of Richard Lutz, a professor in the Department of Marine and Coastal Sciences, and his former colleague, Peter Rona, a marine sciences professor who passed away in 2014. Volcanoes of the Deep Sea is heading to the Keong Emas IMAX Theatre in Jakarta, Indonesia, for a run of at least a year starting June 15. Read more at Rutgers Today.