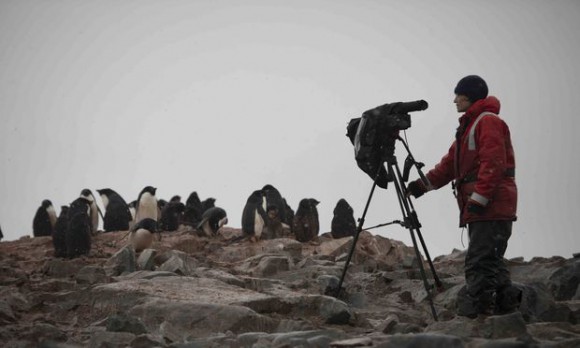 On the eve of its New York City debut on April 17, the Antarctic Edge: 70o South film team of Rutgers marine scientist Oscar Schofield, Rutgers Center for Digital Filmmaking director Dena Seidel and film student Gabriela Elise talk with Leonard Lopate about their collaboration on this award-winning film.  Schofield reveals the changes he’s observed in the Antarctic, signs of a rapidly changing climate. Listen to the interview on NPR’s Leonard Lopate Show.