Announcement from Robert M. Goodman, Executive Dean of the School of Environmental and Biological Sciences 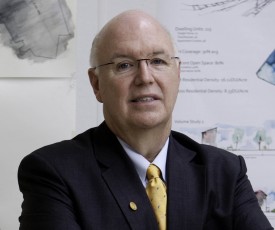 It is with great pleasure that I announce the appointment of two new department chairs in our school, and also extend heartfelt thanks to those stepping down as chairs.

The next chair of the Department of Plant Biology and Pathology is Dr. Mark Robson (CC’77; GSNB’79, ’88; SPH’95). Mark is a highly active research and teaching scholar with a strong record also of professional and university service. He sustains a strong and well-funded research program focused on agricultural issues in South and Southeast Asia. He recently stepped down as Dean of Agricultural and Urban Programs; during the time he held that position he played a key leadership role in rebuilding our “new” major in Agriculture and Food Systems. Mark is also highly engaged as an instructor and student (grad and undergrad) advisor. He will continue to play his roles in cooperative extension where he has oversight supporting county mosquito control programs and selected other aspects in the area of public health. Mark’s appointment as department chair is effective January 1, 2015.

As we welcome Mark to this new role, we pause also to celebrate and extend our sincere thanks to Dr. Bruce Clarke, who also serves as the Director of the Rutgers Center for Turfgrass Science, for his leadership of the Department of Plant Biology and Pathology. During his time as chair, Bruce led the department through a major restructuring and strategic planning exercise. This was a huge effort and it places the department in a critical spot from which it can flourish into the future. 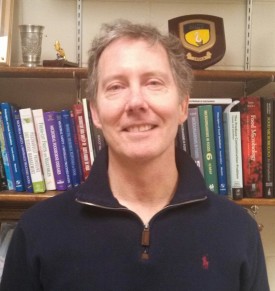 The next chair of the Department of Food Science is Dr. Karl Matthews. Also effective January 1, 2015, Karl’s appointment follows the appointment of Dr. Mukund Karwe as Dean of International Programs. Karl is a food microbiologist who specializes on the virulence of foodborne pathogens, especially in the area of fresh fruits and vegetables. His academic background is in dairy science. He joined the Rutgers faculty in 1996 after positions at the University of Vermont, the USDA and the University of Tennessee. Karl is also a very active teacher of both undergraduate and graduate courses.

We extend our sincere thanks to Dr. Mukund Karwe, who has served ably as the chair of food science for seven years. Our Food Science doctoral program is ranked by Academic Analytics in the 91st percentile amongst all such programs in the U.S., placing it #4 amongst all Rutgers University-New Brunswick doctoral programs. Mukund has also been very active in the Institute of Food Technologists and is both an adjunct professor at South China University of Technology in Guangzhou and honorary professor at the Institute of Chemical Technology in Mumbai, India.

Please join me in congratulating Karl and Mark, and thanking Mukund and Bruce!