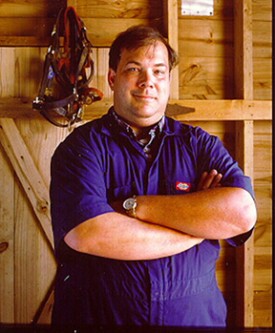 Kenneth H. McKeever, professor in the Department of Animal Sciences at Rutgers University and associate director for research at the Rutgers Equine Science Center, was recently appointed to the Association of Racing Commissioners International’s (RCI) new Scientific Advisory Board. The RCI is the preeminent international body of regulators, scientists, and others involved in the oversight of equine and canine racing. Its mission is to advise national and international regulatory bodies so as to achieve consensus on policy issues including those focused on improving the integrity of the industry. The newly formed board is charged with developing recommendations for the anti-doping programs conducted in the international racing community.

The formation of this top-tier advisory board was prompted by numerous factors, including functional concerns about the current scientific advisory process, transparency, non-participation of key experts, and the recent withdrawal of the United States Trotting Association from the Racing Medication and Testing Consortium.

McKeever joins Rick Sams, director of HFL Sports Science in Lexington; Scott Stanley, director of the University of California-Davis Kenneth L. Maddy Laboratory; Mary Robinson, director of the Pennsylvania Equine Toxicology and Research Laboratory; and George Maylin, director of the New York Drug Testing and Research Program at SUNY Morrisville. In 2014 McKeever and Maylin conducted pivotal research resulting in recommendations regarding the use of cobalt in race horses through a study funded by the United States Trotting Association.

According to Karyn Malinowski (CC’75, GSNB’80, ’86), director of the Rutgers Equine Science Center, “The establishment of this committee is an important development, one that will lead to the use of science-based evidence, rather than politics, to set national and international anti-doping policy for horse racing. The addition of Dr. McKeever to this prestigious committee is testament to the important contributions that Ken has made to the racing community for decades based on research conducted in his laboratory with colleagues from around the world and his students.”

The Equine Science Center continues to actively conduct research into horse health and well-being as it carries outs its mission of “Better Horse Care through Research and Education.”