Rutgers graduate students launch biotech start-up that has the potential to significantly alter the way tissue research is conducted.

In 2012, Tom Villani, a Rutgers student pursuing a Ph.D. in medicinal chemistry, set out to create a clearing agent for plants to replace the highly regulated chemical chloral hydrate. After months of development, Villani discovered a novel chemical clearing formula that he called Visikol™, which made plant tissues entirely transparent and performed better than chloral hydrate. 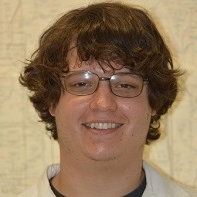 The next step for Villani and his colleague Nick Crider, vice president for process development at AL-G Technologies Inc., a startup biofuels company based in South Jersey, was to apply for a patent for this new chemical compound. To do so, they founded their own biotech startup, Phytosys, LLC., and began to market Visikol to academic institutions for use in lab experiments. They are still awaiting a patent, but have since secured over 100 Visikol customers, in both academia and industry, and across the United States, Europe and Asia.

In early 2014, Villani and Crider, now joined by Michael Johnson, a doctoral student in environmental sciences at Rutgers, began investigating additional applications for Visikol. They discovered that it had enormous potential in rendering whole animal tissues transparent, performing significantly better than competitive technologies like CLARITY, Scale, BABB and Focusclear®.

As their proprietary formula is able to turn whole organs like brains, hearts, lungs and kidneys entirely transparent, this will provide researchers with the ability to study pharmaceuticals development and diseases in ways that were not possible before. 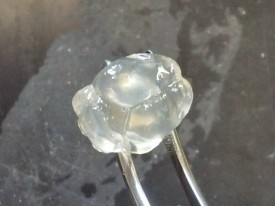 Villani, whose discovery has launched this whole new enterprise, has high hopes for the brand. “Since we began looking at using Visikol to clear animal tissues, researchers and doctors have been impressed with its potential, some immediately dedicating resources to conduct further studies.”  These young scientists and entrepreneurs are also currently working with a number of academic collaborators on research projects using Visikol.

He stresses that researchers will potentially be able to study diseases like cancer, Alzheimer’s and dementia three-dimensionally whereas typically these diseases are studied using common histological methods in which only thin, two-dimensional slices of these organs can be viewed.

“This chemical clearing formula is quite innovative,” said Johnson. “For example, Visikol is able to quickly and effectively clear whole mouse brains, which enables researchers to better investigate various diseases related to the central nervous system.”

“Visikol has the potential to greatly change many fields, such as cancer research and developmental biology and impact how pharmaceutical companies conduct preclinical research,” he added.

Over the next few months, the Visikol team hopes to identify an incubator in which to grow the Visikol platform and expand its reach. For these young entrepreneurs the future seems, uhmmmm, clear.